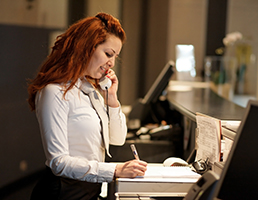 
This improves the pay of 35,000 low-paid workers across the country who are employed by over 1,000 Living Wage accredited organisations.

The London Living Wage rate has been set at £9.15.

Rhys Moore, director of the Living Wage Foundation, said: "As the recovery continues it's vital that the proceeds of growth are properly shared. It's not enough to simply hope for the best. It will take concerted action by employers, government and civil society to raise the wages of the 5 million workers who earn less than the Living Wage.

One of the recommendations made in Invisible Workforce, a report published in the summer by the Equality and Human Rights Commission (EHRC) was for more employers to implement the Living Wage to improve conditions for workers.

The increase comes at the beginning of Living Wage Week which will run until the 8th November.

Gareth Tancred, chief executive at BIFM, said: "Today we heard about the impact that Living Wage can make on real individuals. FM, as an industry, can play a crucial part in ensuring that more people are receiving fair pay for fair work but there are some hurdles we still need to overcome. The difference between minimum wage and Living Wage, across vast workforces, represents a significant amount of money so it will take time.

"A number of people have a role to play; procurement teams, business leaders, HR departments and service providers. We all must continue to make the case for Living Wage and highlight the business benefits it brings so that we can encourage more organisations to build it into their business models. We look forward to supporting this important debate as we aim to move towards reducing the number of people paid less than Living Wage."