Analysis: Local councils could be key in delivering Living Wage 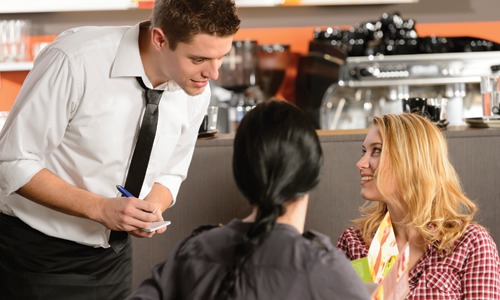 As the Living Wage was increased this month the outrage around unjust pay in the facilities management industry continues to grow. But what exactly is being done about it?

One of the recommendations made in Invisible Workforce, a report published in the summer by the Equality and Human Rights Commission, was for more employers to implement the Living Wage to improve conditions for workers.

Many feel that expecting all employers to offer the Living Wage is an unrealistic goal while others are hopeful enough to consider that this could be the norm by 2018.

Michael Travers, campus services manager at University of Southampton, said: "Hopefully, the fact that universities and other educational institutions are already setting the example will help to get others to join in. Conversely, if they don't get on board it could lead to the movement of staff away from the private sector and into the public."

Brent Council in London is one local authority that announced a package of proposals this month to create a further incentive for businesses in the borough to take steps towards paying their staff the Living Wage. It will offer discounts on business rates to employers who pay the Living Wage. It could be the first council in the country to offer such an incentive.

A council statement said: "Some of our lowest-paid workers in the borough could get pay rises of around £2.50 an hour as a result of our offering firms in the borough up to £5,000 off their business rates - if they become Living Wage-accredited employers."

A Brent Council spokesman told FM World: "It is an incentive for businesses in Brent to pay the Living Wage so they receive discounts on business rates if they become accredited Living Wage Employers."

He added: "We already pay all of our directly employed staff the living wage and we are now considering [this] idea to offer businesses a one-off discount on their business rate equivalent to five times the cost of being accredited as a Living Wage Employer by the Living Wage Foundation. The cost of being accredited with the Living Wage Foundation varies depending on the size of workforce and the type of organisation but the maximum discount could be up to £5,000."

In addition, Living Wage-accredited businesses will be championed on the council's website and will receive a personal visit from a senior member of the council to officially recognise their accreditation. It is expected that up to 200 businesses in Brent could benefit from the idea.

The cost of awarding any discount would be shared between "central government, 50 per cent, GLA 20 per cent, and Brent Council 30 per cent and the proposals will see costs met by existing budgets".

Research also released this month by the Centre for Local Economic Strategies (CLES) suggested that what Brent is doing is a way for employers to take up the Living Wage pledge.

The study by the Manchester-based think tank, found that two-thirds of councils across the UK are paying their staff the Living Wage.

Sixty per cent of these councils had some form of mechanism to encourage their suppliers and contractors to pay the Living Wage through procurement. Embedding incentives into procurement and the supply chain was also one of the recommendations in the Invisible Workforce report. The report recognised that procurement and contracting of services is a "significant feature" of the commercial cleaning industry and "appears to have contributed to the prevalence of low pay, high levels of labour turnover, and the challenges for successful organisation by unions within the industry".

CLES's study, which it undertook with Manchester City Council, sought to explore the extent to which councils in the UK are paying their direct labour forces the Living Wage and the mechanisms being used to embed such principles into procurement - and subsequently suppliers.

Researchers found that "detailing low pay as one of a suite of priorities in invitation to tender documentation can encourage suppliers and contractors to pay the Living Wage as part of tender submissions and contract delivery".

The study points out that "there is a difference between being a Living Wage-paying authority and an accredited' Living Wage authority".