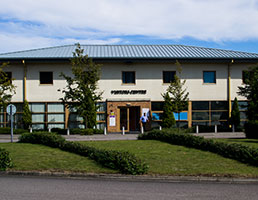 The Home Office have been criticised for re-awarding Serco a £70 million contract to run Yarl's Wood Immigration Centre in Bedfordshire.

Serco was re-awarded the contract "after emerging as the preferred contractor following a comprehensive retendering process", according to a government statement.

But campaigners are unhappy because Yarl's Wood - one of the country's largest detention centres for women facing deportation - has been the target of a succession of damaging allegations since Serco began managing the facility in 2007.

Natasha Walter of charity and activist group Women for Refugee Women, said: "We are more than disappointed that the Home Office has re-awarded the contract to manage Yarl's Wood to Serco.

"We have spoken directly to women who say that they were abused by Serco staff in Yarl's Wood, and we have heard how women's privacy is constantly invaded by male staff in the detention centre.

"Serco is clearly unfit to manage a centre where vulnerable women are held and it is unacceptable that the government continues to entrust Serco with the safety of women who are survivors of sexual violence. However, the problem of the detention of women who seek asylum  goes beyond one contract with one company. It is a failure of government policy that women who seek asylum are locked up unnecessarily for long periods. Their claims should be considered while they are living in the community."

The group said it had published "important research about the experiences of women in Yarl's Wood which found that the majority of women who had sought asylum and been detained were survivors of rape and torture, and that detention had an extremely negative impact on their mental health. One in three of the women we spoke to who had claimed asylum and been detained were on suicide watch".

In January 2015 the group plans to publish further research about the treatment of women in Yarl's Wood.

But Norman Abusin, Serco's contract director at Yarl's Wood, said: "We take all allegations of sexual misconduct extremely seriously and they are always fully investigated.  When an allegation was made in 2012, the Home Office was made aware and Serco decided that in addition to our normal internal investigations, it should be immediately reported to the police, who interviewed the resident."

Abusin added: "Sexual contact between residents and staff is always completely unacceptable. Three members of staff were dismissed following an investigation of the allegations that was carried out by Serco management we also decided to immediately report the matter to the police.

"Yarl's Wood has good, independent complaints procedures in place and we have strict procedures for dealing with any such complaints.  We expect the highest standards of behaviour from all our staff and any claims of misconduct are treated extremely seriously, are fully investigated and where wrongdoing is proven, appropriate disciplinary action taken. The safety and welfare of the people in our care is our most important priority, and Serco is committed to ensuring that all residents at Yarl's Wood are treated fairly and lawfully."

A Home Office spokesman said at the time Serco had undertaken internal investigations into these allegations and three members of staff were dismissed as a result. Serco also reported the matter to the police for criminal investigation.

He said: "We expect the highest levels of integrity and professionalism from our staff and contractors and take any allegation of misconduct extremely seriously. Where contractor staff have been found to have acted inappropriately their employer can take disciplinary action and they can be dismissed. We are confident that appropriate action has been taken by the contractor."