Analysis: Councils' collaborative scheme is on a high 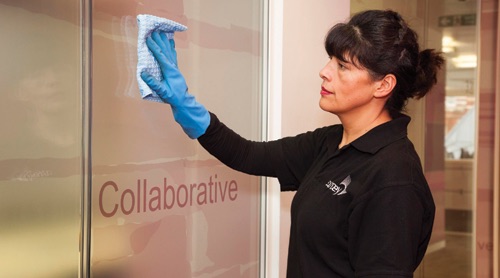 More local authorities are set to join the capital's tri-borough framework, according to contractor Amey.

This was followed by a report by the chief executives of the three councils in February 2011, entitled Bold Ideas For Challenging Times, and detailing how the scheme would be taken ahead.

Four years on, the agreement known as the 'Tri-borough Framework' has been chugging along successfully - so much so that recently the London Borough of Camden has come on board.

It awarded FM provider Amey a £10 million contract to provide TFM services to the borough from January.

According to Amey, the Tri-Borough Agreement "provides the opportunity for London boroughs to access FM services through an efficient, innovative and cost-effective model".

Under the five-year contract, which begins in January 2015, Amey will deliver cleaning services as well as mechanical and electrical maintenance to more than 130 properties across the council's corporate estate.

"The contract was awarded following a rigorous process to ensure value for money with substantial savings being made in procurement costs and the overall contract value," says Amey.

The tri-borough project began in October 2013 and sees Amey delivering TFM services to more than 2,000 sites across Westminster City Council, the Royal Borough of Kensington & Chelsea, and the London Borough of Hammersmith & Fulham.

The current tri-borough framework acts as a central body, enabling other councils to benefit from contractual and procurement savings achieved through the project agreement.

"The approach benefits from economies of scale, allowing us to deliver more efficient and cost-effective services to Camden Council and we look forward to expanding our commitments into this borough."

How is the tri-borough approach different? A client contracting a security provider through a TFM contract as opposed to a single one is an example where savings could be made. "We are able to take a strategic view," said Iain Chalmers, tri-borough business director at Amey, "finding synergies and streamlining approaches."

or instance, a single contract may only include a manned guarding service while the client contracts out electronic surveillance deals separately. But one contractor providing both those services - such as Amey is doing - leads to savings. Chalmers says: "That goes for any role including cleaners and engineers efficiencies become greater when you streamline all of those services."

The approach seems to be working. Amey has told FM World that further local authorities are slated to join the framework next year.

The tri-borough arrangement aims to deliver significant savings through consolidation and service efficiencies; which can be accessed by a council or school without the need for a long and costly procurement process.

With rates already negotiated, it provides reassurance of market-tested value for money, according to Amey.

Some of the benefits include reduced procurement cost as covered within the OJEU notice; the freedom to procure any combination of services; the ability to engage directly with the service provider; improved standards of service; improved management information; sharing of best practice and innovation; and the use of buildings and assets.

Amey has also been keen to embed "social value" into its work. For example, the firm will recruit three apprentices at the beginning of 2015 to help support its engineering teams. The apprentices will be working on the tri-borough account as well as the wider business across London.