Workplace, people and you 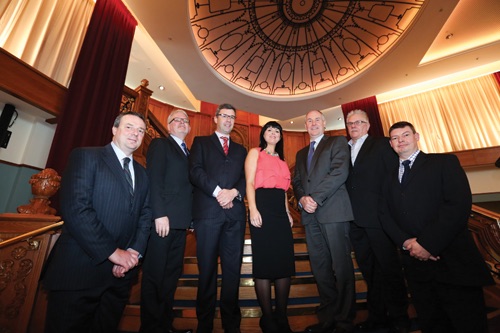 This year's BIFM Ireland conference's theme was "Workplace, People and You" and it considered the changes that technology is driving - and how FMs can successfully manage the results.

BIFM chief executive Gareth Tancred began the day by asking delegates to consider what impact they were making in their own organisations and what they could do to improve, linking this to the BIFM's mission, vision and values statement. Tancred also updated his audience on the institute's work, expressing his confidence in FM's future.

Cathy Hayward of media agency Magenta Associates spoke about using social media as a tool for increasing organisational effectiveness. It's just one part of a company's communications activity, but social media is omnipresent.

It has many benefits, from being able to access senior people in organisations to allowing smaller companies to punch above their weight in gaining brand recognition. But the importance of content, timing, a knowledge of your audience and a plan for maintenance of social media accounts is key to them working well. The downsides were also covered, including how to handle negative campaigns (the first rule is don't panic!). Using humorous examples to help make the points, both experienced users of social media and complete novices heard something to take away. And many started practising at the conference (during the day the conference had a reach of 64,000 people on Twitter).

Adryan Bell, director consulting, Global Workplace Solutions at Johnson Controls, was next up. He considered whether the benefits of changing accommodation strategies have been realised, and explained what he felt still needs to happen.

Although it's not possible to demonstrate a clear link between workplace strategy and productivity, improvements can be made that can be assumed to have a net positive impact on staff productivity, for example, noise reduction. But workplace strategy has been driven by efficiency not productivity, said Bell. This meant a focus on driving down costs rather than the issues that could boost workers' capabilities.

With technology as the main driver of office productivity, the stages of the workplace journey over the past 20 years have seen the introduction of open-plan offices, reduced space standards, break-out spaces, hot-desking, and now flexible working - "because home has become the only place people can get work done".

But if work can be done anywhere, why come to an office? FMs, Bell suggested, need to create workspace experiences for people with associated models of service provision to attract them back to the office. Bell believes productivity is achieved "by offering the choice to work in the most effective way, in the most effective place and at the most effective time - all enabled through technology and a supporting workplace strategy (and organisational culture!)"

Linking to Bell's contention that technology drives productivity, Nigel Miller of Cordless Consultants posed the question "Why is IT an FM Problem?"

Technology underpins how workplaces are used, encompassing building services automation as well as increasing staff efficiency, customer satisfaction, costs and the ability to attract and retain staff. In many organisations and buildings, these technologies are increasingly coming under the remit of FM - service teams now incorporate a range of services.

Activity-based and flexible working require supporting technology, with sophisticated room booking systems that enable a more effective use of space, and security and workplace operations that are increasingly based on IT-related services and technologies. Furniture has developed to support increased use of IT; video conferencing suites were familiar to many in the audience. The impact of the 'Internet of Things' will have a big impact on FM in the near future.

The final speaker was Jane Hirst, The People Specialist, who discussed managing people through organisational change.

Her focus was the impact on people. Two-thirds of change programmes are believed to fail because the emotional impact on staff is not taken on board. While crises can help galvanise teams, in other situations it can be harder to deliver. Communications campaigns usually need to be amplified to make sure people really understand the messages given, because otherwise rumour fills the gaps. Staff need a combination of support and challenge to bring about high performance, particularly in a time of change - training to help them increase and change their personal comfort zones is critical.

People also need to feel valued and competent to do future jobs, to overcome fear of change. Managers must share with staff a vision of where the team is going, acknowledging that some people will lose out and acting as a role model as key elements of delivering successful change programmes.

The day ended with a panel taking questions from the floor. Speakers were joined by BIFM chair Julie Kortens.

From 2015 the conference will switch annually between venues in Dublin and Belfast, emphasising the region's coverage of the whole of Ireland.