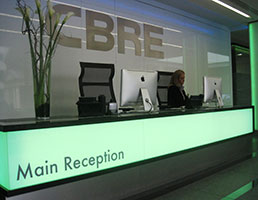 Johnson Controls to divest in its workplace business

Reports in Reuters and the Wall Street Journal state that CBRE had been the most successful in an auction for the business, which had attracted several private equity firms, according to people familiar with the matter.

The reports add, however, that negotiations between CBRE and Johnson Controls are ongoing and a deal is not certain.

A CBRE spokeswoman, told FM World: "As a matter of company policy, CBRE does not comment on market rumours or speculation about our activities or business strategy."

Earlier this year, international property firm Brookfield Asset Management Inc. said it would acquire the remaining 50 per cent of the Canadian and Australian facilities management businesses from Johnson Controls Inc, which was the firm's move towards divestment.