A healthy appetite for innovation 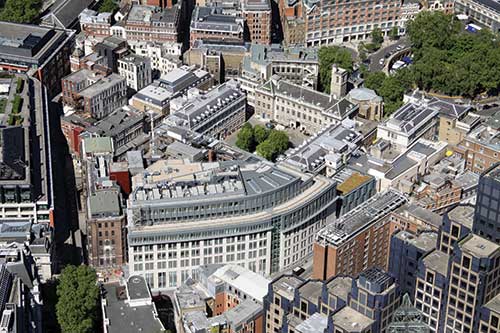 We hear a lot about the need for FM to be innovative - and those pitching potential solutions at the recent NHS Innovation in FM conference certainly had some good ideas, as Martin Read reports.

The NHS Innovation in FM Expo 2015, hosted by Barts Health NHS Trust at Barts Hospital in the City of London, was described by organisers as "the first annual innovation in FM event driven by a desire to challenge the norms in FM and find new and innovative solutions to issues faced by those working in FM, in healthcare and further afield".

There were plenty of useful sessions, but perhaps the flavour of the event is best summed up by what happened at the beginning and end of the day.

Trevor Payne, director of facilities and estates for Barts Health NHS Trust - and a former BIFM Facilities Manager of the Year - kicked things off by exhorting attendees to consider the huge opportunities for FM in the healthcare sector represented by innovations such as temporary 'pop-up' healthcare facilities and the more localised healthcare delivery represent.

Payne painted a picture of a future in which community health and urgent treatment centres help change the structure of healthcare provision, requiring a change in FM mindset to support it. (The latter likelihood being one of the themes discussed at last year's ThinkFM speech from NHS commentator Roy Lilley - making it a factor now clearly on the minds of plenty in the healthcare sector).

"When we start to look ahead, we need to consider how care will be provided - and where," said Payne. "And with these different models of care comes the need for different models of facilities management to support and wrap around then. We have to be linked into that agenda."

Payne pointed to impending changes to local health authorities and the development of future cities initiatives as important issues for FMs in healthcare to keep abreast of.

"A big focus for us will be on outcome prevention," he contined. "Fuel poverty, air quality and pollution - we know that if we do nothing in these areas we'll be dealing with the consequences in the future."

Wearable technologies will also affect FM provision, continued Payne. "Wearable tech represents a huge opportunity for us. Already our security teams are wearing body cams, for example. But with this technology comes a need for us to work out what we want to do - the opportunity comes with a challenge."

Payne told his audience that FM is a vital enabling service - but that it needed to move away from thinking of itself as just a functional or enabling service, "to one that is contributing to the way our organisations develop".

"We need to be seen to be transforming services and changing the way we do business. And as we do that, we'll start to create more value."

BIFM chief executive Gareth Tancred told the audience how in his view healthcare represented "one of the most tangible examples of how FM can really make the difference to society".

The danger, he continued is that the routine focus on costs "stops us being able to deliver true value".

Dynamism in the Den

Carillion's idea would address the problem of patients waiting for hours in hospitals to be taken back home, and ensuring that they are safe once there.

Often, such patients don't have food at home or a family member to look after them.

The idea is a supplementary bolt-on for those hospitals that already have a non-emergency patient transport service in place.

The most important element? The driver - someone who can engage in conversation with the patient and appreciate all of his or her requirements (such as whether the patient has his house keys, giving neighbours a ring to tell them the patient is back home next door, liaising with the trust to confirm that the patient is settled back home, and so on). Such drivers would be critical to its success.

Idea: Modular buildings for the re-purposing of hospital wards

The idea of cost-effective repurposing of existing wards was compelling, with the shape and size of wards potentially being remodelled around changing requirements through the use of modular partitions, walls and floors without changing the hospital's real estate footprint. (If used for introducing new operating theatres, balanced floors could be achieved either by choosing from concrete or fibre cement floors, or the use of 'floorless' models.

Pitching company MTX Contracts said that it could bring in its own architects or work with a customer's design team on the buildings required. Around 50 per cent of modules are built before they are moved to site.

The quality and capability of modular buildings has changed considerably in the past 10 years, said MTX, and the remodelled wards can be specified to meet a BREAMM rating of excellent.

Imagine being able to pick up a phone and have a team arrive able to decontaminate air in rooms and have bays transformed - without changing facility infrastructure. That was Serco's idea - pop-up side-rooms flat-packed in a fleet of trucks and made available to hospitals at the outbreak of infection. (It is estimated that 5 per cent of beds are out of use at any one time because of infection.)

Ultraviolet air decontamination units would come with the truck, and the solution would break down an existing ward into a series of discreet rooms.

Pitchers said that while the idea was purely at the idea stage, the solution could be ready to go within six months.

Three years ago, Daniel O'Connor came up with the idea for equipment and asset recycling site Warpit when walking past a skip into which construction workers were throwing perfectly reusable operators' chairs.

O'Connor saved the chairs, found homes for them and decided to develop a system in which people and organisations can advertise the availability of old equipment first to their internal users and then to third parties such as charities.

The service uses social media functionality such as one organisation 'liking' another so they can trade products services with each other.

"For the first couple of months I saw this as waste management too," says O'Connor, "but now see it as a procurement tool - it stops people buying stuff they already have or just don't need."

The system allows for tracking of individual assets, linking to procurement, waste and carbon value. Users can also track their use of the system against their Scope 3 carbon emission baseline.

Steve Dance of RiskCentric - also a member of the BIFM Risk and Business Continuity SIG - pitched the idea of a database that allowed users to bypass the internal tech 'guru', making the management of critical compliance documents easy to monitor.

"We want to make it possible to email the document within the system and extract the metadata - for example, what standard it applies to, how often it needs to be reviewed, and so on," said Dance.

"On our system you can see the document plus outstanding actions and relevant meta data. All transactions are done by email - while dialogue around what document has been captured can be presented to a management information system.

"The people responsible for compliance can see exactly where they stand. It's an enormous time-saver. You don't have to rely on application gurus any more."

All in all, this was an event in which innovation was genuinely part of the visitor experience - in a sector in which FM has the potential to develop a significantly higher profile.