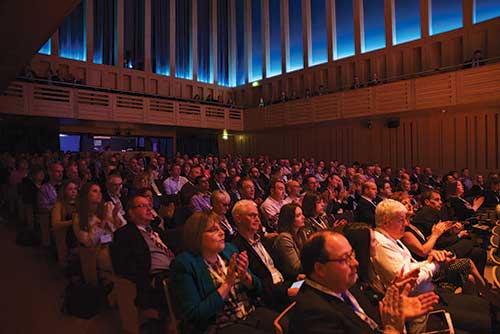 ThinkFM: Where are we now? - watch

Andrew McMillan - John Lewis: The value of being nice

It's clearly not necessary to remind FM professionals of the ways in which FM can help in giving organisation's a competitive leg-up.

It's a requirement that's manifest in the daily discourse between FMs and both their internal and external customers. But as much as anything else, last month's ThinkFM conference offered FMs a window on other people's worlds - worlds in which FM has been transformational, through the instigation of major move projects, the introduction of all-new service lines or the support of fundamentally altered trading models.

Frank van Massenhove’s description of the way in which an underperforming Belgian ministry has been turned on its head by giving workers a dramatically enhanced level of autonomy was a particular highlight.

Alison Hall of The Guardian travelled all the way down the stairs from her day job at conference host venue Kings Place to explain how the media group's business model has been turned inside out - with the way its workplace is supported now an entirely different proposition.

As well as these case studies, the conference supplied delegates with its fair share of future thinkers. Few in the hall will forget Monica Parker’s call for FMs to focus on the happiness of those they provide workplaces for, rather than necessarily the workplaces themselves. And if that got people thinking about the very essence of their day jobs, Microsoft's chief envisioning officer Dave Coplin lived up to his grandiose job title by painting a picture of a soon-to-come world in which the technology we so mechanically support in 2015 will effectively blend into the background, as plentiful and rich in capability as it is today, but more personal and less restricting.

The most powerful presentation? Difficult to pick just the one - but Munish Datta of Marks & Spencer staked his claim by detailing the value to the retailer of Plan A, its long-established and remarkably successful sustainability programme. Facilities managers, said Datta, are essential to Plan A's success; not just in supporting change management processes, but by developing and managing them as well. Plan A, it transpires, has been worth not far off half a billion pounds in profit to M&S since its introduction in 2007 - and its a figure on a steeply upward curve. Now that, right there, is the value of FM.

Read reports on each speaker by clicking through on the links above.