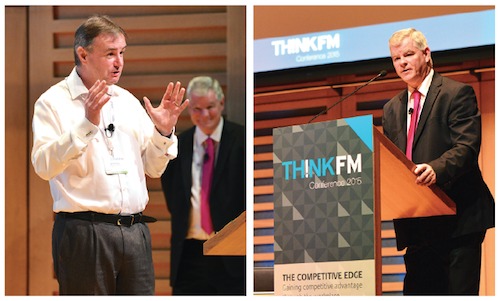 Making the grade; exceptional customer experience as a differentiator in HE

Steve Igoe, deputy vice-chancellor, Edge Hill University said: "The results are encouraging because it is very important that FM is visible at a board level. It's very easy to be seen as an overhead cost if you are not able to communicate the value and sell you add to the business."

He highlighted the need for this in higher education because universities are competing in an increasingly competitive marketplace, facing unprecedented political and economic challenges. "We're all competing for a shrinking cake."

The main challenges affecting the higher education sector include the rise in tuition fees, which Igoe describes as becoming "toxic" over the decades, meaning a decline of students entering university.

Another issue has been immigration. Igoe said: "Some people fail to realise that higher education is one of this country's biggest exports Higher education generates more funds than areas like pharmaceuticals and it does so by recruiting students from overseas to travel to the UK."

Igoe explained how many vice-chancellors' strategies are dependent upon the ability to recruit international students especially as the UK student demographic is shrinking.

FM at Edge Hill University is recognised as a fundamental component of the product offer and plays a critical role in providing "an excellent student experience" - even being recognised by the BIFM Awards in recent years. It is also plays a key component in attracting students to the university.

Bill Hancox, relishing his opportunity as an operational FM to put his view to an audience of his peers, explained how open days matter the most to students when choosing a university.

Think about the impact of facilities management on that open day," he asked. "It's powerful stuff."