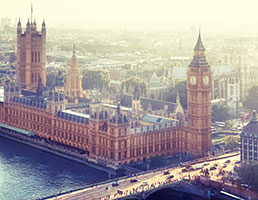 A Deloitte-led consortium with AECOM and HOK has published an Independent Options Appraisal (IOA) report detailing a range of scenarios for carrying out a major restoration and renewal programme for the Palace of Westminster.

The IOA specifies five scenarios for three delivery options. These range from a 'do minimum' multi-phased approach, to making significant improvements in an intensive single phase.

The consortium's potential delivery options to carry out the work were identified as:

The times and costs in the IOA are based on an assumed start date of 2020, on an assumed scope and are estimated in three bands: upper, mid and lower range. Mid-range costs are (all figures rounded to two significant figures):

3. Partial decant as above plus some improvements to business and public amenities (medium outcome) over 11 years - £4.4bn;

Dr Richard Ware, programme director for Palace of Westminster Restoration and Renewal, said: "The palace has reached a turning point in its history, with many features needing major renovation. These include antiquated heating, ventilation, water, drainage and electrical systems combined with extensive stonework decay, leaking roofs, corrosion and the need to improve fire containment. Even the intensive programme of urgent repairs carried out over the last five years is barely scratching the surface."