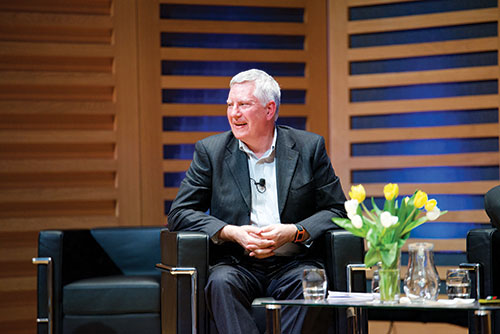 After the Human Genome Project

The Human Genome Project was groundbreaking. Declared complete in 2003, the project set out to determine the sequence of chemical base pairs on which human DNA is based.

A $3.8 billion (£2 billion) investment, it's still the largest biological project ever undertaken.

But with great research power comes great FM responsibility, and at ThinkFM Jim Hood, director of customer services at the Wellcome Genome Campus in Cambridgeshire, one of the centres that worked on the Human Gemone Project, detailed just how significant the contribution of FM is to research centres generally, and his campus in particular.

The FM team at the Wellcome Campus built up and the size increased in line with science's abilities.

"Where was FM in the Human Genome project? It started when one scientist got up from a bench and said - 'who's going to fix that?'"

Research centres now have the capabilities to delve deeper into the human genome than ever before. And it is FM's role to support the ever-growing capabilities, said Hood.

"The UK definitely punches above its weight in research.

"[On the site's expansion,] Space management alone justified the contribution of our FM team," said Hood.

It squeezed thousands of specialist researchers (complete with equipment worth millions of pounds) into a building, split into different teams focusing on a number of varying technical projects.

The Wellcome Genome site continues to grow, and Hood expects the campus to be accommodating more than 2,500 people within the next five years.

"The most frightening words in facilities management? 'Award-winning architect'

"What does that mean? Sometimes you can't change the plugs or clean the windows."

Hood's team's ability to morph and adapt in any given situation - they have had to support and store 35 petabytes of data (second in size only to the Large Hadron Collider in Switzerland) - are set to stand the campus in good stead as it adapts to future technological developments.

FM can play a pivotal role in supporting laboratories and specialist research centres achieving their goals.

FM team members were specialised and grew their knowledge and capabilities in line with the scientific workforce.

The most frightening words a facilities manager can hear are 'award-winning architect'.