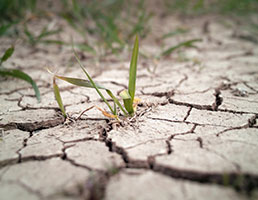 The new Parliament must act quickly both to ensure that the UK's emissions reductions remain on track and to adapt to climate change, says the Committee on Climate Change.

In its 2015 Progress Report to Parliament, the independent Committee on Climate Change explains that many policies aimed at reducing emissions are due to expire during this Parliament.

1. What steps will it take during this Parliament to make sure that targets to reduce emissions for the 2020s and beyond are achieved in a cost-effective way?

2. How will it address the increasing risks caused by past emissions?

The committee evaluated the UK National Adaptation Programme, concluding that despite the increased funding for flood defences, more households will be at risk of flooding, farming is threatened in some of the "most productive parts of the country", and the risks associated with higher temperatures are not being addressed.

Lord Deben, chairman of the Committee on Climate Change, said the government must act now to set how it plans to keep the UK on track for reducing its emissions.

"This government has a unique opportunity to shape climate policy through the 2020s. Acting early will help to reduce costs to households, business and the Exchequer. It will improve people's health and wellbeing and create opportunities for business in manufacturing and in the service sector," he said.

The progress report makes several recommendations to the government, including:

The Institute of Environmental Management and Assessment (IEMA) supports the committee's recommendations, and urges the government to "continue its action to demonstrate domestic and international leadership on climate change issues".

Nick Blyth, IEMA's lead on climate change, said: "There is an undoubted need and support for continuing strong domestic action and UK international commitments. IEMA members are making a strong call for renewed political climate leadership from the UK Government."