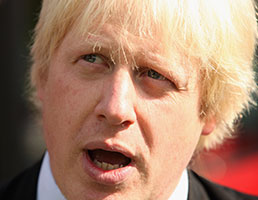 Living Wage: How many firms will adopt it?

The Mayor of London has said that the chancellor's Budget must slash the top rate of tax to stop subsiding employers who do not pay the Living Wage.

In a column for The Daily Telegraph newspaper, Boris Johnson wrote: "Nigel Lawson has recently argued that the top rate should go back down to 40p, and many Conservatives agree. I am among them."

However, Johnson said the problem of fairness would need to be dealt with "before any such top rate tax cut could go ahead" and "how such a cut would be seen by the wider population".

But Johnson said as the top rate of tax should be cut "lifting the thresholds and taking the poor out of tax" business leaders also needed to pay more to the lowest-paid workers.

Johnson said: "We should have the most competitive tax regime in Europe. But we need to make clear to the business leaders of this country that we can only cut tax for them at the top if they do the right thing - treat their workers properly and pay them a living wage."