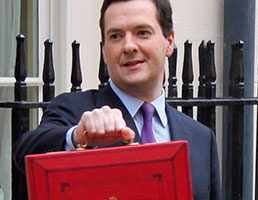 Living Wage: How many will adopt it?

George Osborne's new 'living wage' announced in the Budget is not actually a living wage, according to the organisation that aims to promote it.

The Living Wage Foundation has said that Osborne's announcement of a national living wage that would reach £9 an hour by 2020 was a "much-needed pay rise" for more than 2.5 million workers, but that it raised several important questions.

Moore pointed out that the current living wage in London was £9.15 an hour, which recognised the costs of living in the capital. "These changes will not help the 586,000 people for whom even the 2020 rate announced would not be enough to live on now," said Moore.

The wage would also not help the two million under-25s who are not covered by the announcement. Moore added: "To make sure workers in London and those under 25 do not lose out, we call on employers to join the group of 1,600 organisations that have already chosen to become voluntary Living Wage employers."

The reduction of tax credits also means that the living wage needs to be higher, according to the foundation.

The chancellor also announced three million new apprenticeships to be created by 2020, funded by a levy on large employers.

A Treasury Budget statement said: "Firms that are committed to training will be able to get back more than they put in."

Guy Stallard, director of facilities at KPMG, told FM World: "The enhancement to minimum wage was a positive in that it recognises work must pay.  The change to the working tax credits will be taken into consideration when determining new national and London Living Wage rates in November...Legislation wording will be key when seen."

A few days before the Budget, in a column for The Daily Telegraph newspaper, Mayor of London Boris Johnson said business leaders needed to pay the living wage to workers.