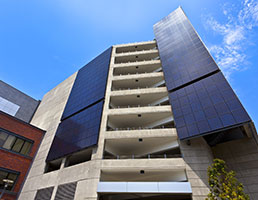 The government's new productivity plan said that it would make changes to the planning process that will lead to dropping its zero-carbon buildings policy.

In the document titled Fixing the Foundations: Creating A More Prosperous Nation, launched by Secretary of State for Business, Sajid Javid, two days after the Summer Budget, it states that "the government does not intend to proceed with the zero carbon Allowable Solutions carbon offsetting scheme, or the proposed 2016 increase in on-site energy efficiency standards".

Hywel Davies, CIBSE technical director, said: "This is not a huge surprise to me, because getting the changes to Part L that zero carbon needed was already looking challenging. It has been clear for some time that the offsetting elements of the Allowable Solutions scheme did not fulfil the requirements of the EU Energy Performance of Buildings Directive, under which the UK has to deliver nearly zero energy buildings from 2021 (and 2019 in the public sector).

"So now we do have the clarity that industry has been seeking. The next key target for Part L is nearly zero energy buildings, and we have to be ready to build them for the public sector by 1 January 2019. All we have to do is work out how."