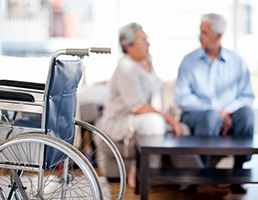 The UK's five largest care home providers have warned the national living wage could lead to a provider "collapsing" in the next 12 to 24 months.

In a letter to chancellor George Osborne, the providers Four Seasons Health Care, Bupa UK, HC-One, Care UK, Barchester together with Care England, which represents a range of providers, said an existing funding gap between the fees councils pay and the cost of providing care, coupled with the introduction of the living wage, could lead to a "catastrophic collapse".

The national living wage, announced by Osborne in the July budget, is due to come into force from April 2016 and rise to £9 in 2020.

The providers said the additional costs of the living wage on the sector could reach £1 billion by 2020, with staff costs representing more than 60 per cent of the costs of care. For more complex care this can rise to 80 per cent.

"A collapse of a major provider could lead to many frail older people being forced to seek support in the NHS," said the providers. "This would stretch the NHS far beyond the challenges imposed by events such as seasonal flu outbreaks, or winter beds pressure."

Martin Green, chief executive of Care England, said: "The care sector welcomes the national living wage and has long campaigned for it to be introduced.

"However, it is not sustainable for us to meet the increased cost of care when local authorities are already paying well below the true cost of delivery.

"We want to work with the government to find a solution that will ensure the 400,000 people the care sector supports can continue to live in a safe and comfortable environment in their older years."

A government spokesperson said: "The national living wage will benefit hundreds of thousands of care workers who will see their pay increase. The overall costs of providing social care will be considered as part of the spending review later this year and we are working with the care sector to understand how the changes will affect them."