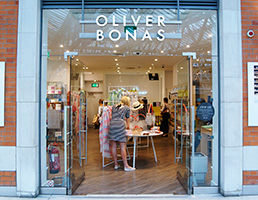 FM firms must 'step up' and pay living wage

The growing independent company, which has 43 stores across London and the UK, and a head office and warehouse distribution centre in Chessington, Surrey, has committed to pay all of its directly employed staff, and third-party contractors, at least the Living Wage.

Rhys Moore, director of The Living Wage Foundation, said: "Major players in the retail sector have for a long time claimed that the Living Wage is too expensive to implement on the high street. This move by Oliver Bonas demonstrates that whilst it's not always an easy choice for business to make, it is the right choice, and we hope that both staff and customers will support the leadership they are showing in their commitment to help end the low-wage culture of the British high street."

In July, home furnishing retailer IKEA announced it would adopt the Living Wage from April 2016. At the time Moore called the announcement "a historic moment in the life of the Living Wage movement" and that it was "a huge step for the British retail sector and we hope that many other businesses will follow the leadership IKEA is showing on the issue of basic pay".