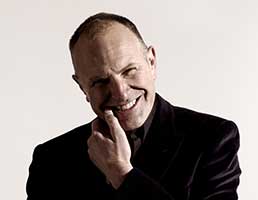 The BIFM has revealed that comedian Simon Evans is to host this year's BIFM Awards ceremony.

Comedy reviewers describe him as 'demonically dry' (Metro) and 'sublime' (The Guardian).

He has written and presented seven series of the news satire The Way It Is, and has appeared as part of the Comedians' team on University Challenge - The Professionals.

This year's musical support is The Lionels. After positive feedback from the band's appearance at the 2014 ceremony, the four-piece, which specialises in 'blistering' live performances of well-known popular tunes, such as Superstition (Stevie Wonder), Jumpin' Jack Flash (Rolling Stones), and Sex On Fire (Kings Of Leon), will be performing once again at the awards evening.

Evans will host the awards evening, held at the Grosvenor House Hotel, London, on 12 October. Few tickets remain available to purchase at www.bifmawards.org.