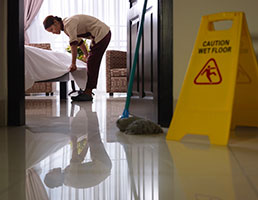 Companies might try to bypass paying the new National Living Wage by taking on more younger or self-employed workers who are not entitled to it, according to research.

The Manpower Employment Outlook Survey is based on responses from 2,101 UK employers and suggests employers are already feeling the impact of the National Living Wage, scaling back their recruitment plans in the fourth quarter of 2015. The policy will see six million people receive a 6 per cent pay rise each year until 2020, but the Office for Budget Responsibility estimates that the extra costs could mean up to 60,000 job losses.

The survey asks whether employers intend to hire additional workers or reduce the size of their workforce in the coming quarter. The survey is considered the most comprehensive, forward-looking employment survey of its kind and is used as a key economic statistic by both the Bank of England and the UK government.

James Hick, ManpowerGroup Solutions UK managing director, said: "The National Living Wage is sending shockwaves through the UK labour market. Support services firm Interserve has announced that the extra annual wage bill for its 15,000 cleaners could amount to as much as £15 million, or 12 per cent of its annual profits. This sentiment was echoed by social care company Mears Group, which estimates the cost of meeting the wage hikes for its 4,000 care workers will be £5 million, or 10 per cent of its annual profits. Faced with a wage bill of this size, some employers are thinking twice about taking on new workers.

"An unintended consequence of the introduction of the new Living Wage is that firms might try to bypass the legislation altogether. We anticipate that some employers may look to mitigate the extra costs by taking on more younger or self-employed workers, who are not entitled to the National Living Wage. While on the surface this could be good news for youth unemployment, which currently stands at 16 per cent, it could push a greater proportion of young people into low-skilled jobs, resulting in an influx of less-experienced workers into social care and other sectors hardest hit by the new legislation."

Last month FM World reported that one of the major issues facing the contract cleaning industry is bearing the costs of the recently announced National Living Wage, according to market research by AMA Research.

Also last month, support services provider Interserve stated in its half-year results that the rise in the National Minimum Wage would have a detrimental effect on its support services business.