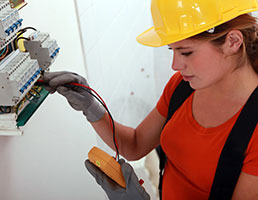 The apprentice rate of the National Minimum Wage (NMW) has gone up by 57 pence to £3.30, the government stated this week.

The boost for apprentices is the largest ever and means that those working 40 hours a week will now have £1,185 more in their pay packet over the year.

The implementation of a rate higher than the Low Pay Commission's (LPC) recommendation means that apprenticeships will deliver a wage that is comparable to other choices for work.

The 3 per cent increase in the adult rate is the biggest real increase since 2006 and moves the NMW closer to the average wage than ever before. The new rate means that a full-time employee, working 40 hours, will see the largest cash increase in their annual pay packets since 2008.

Business secretary Sajid Javid said: "The increase for apprentices is the largest in history, making sure that apprenticeships remain an attractive option for young people, while the National Minimum Wage will see the largest real-terms increase since 2007."

However, from April 2016, the government is to introduce a new mandatory national living wage for workers aged 25 and above.

This rate will initially be set at £7.20 an hour - a rise of 50p relative to the current national minimum wage rate.