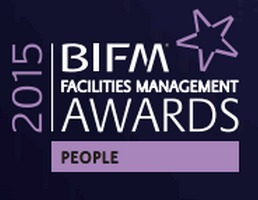 FM consultant Martin Pickard has been recognised by the BIFM for his lifetime of activity in the UK facilities management sector.

Pickard, who received the BIFM's Lifetime Achievement award tonight, 12th October, has a career history that spans the development of facilities management in the UK.

In his early days at the Post Office he took on the problem-solving position of 'accommodation officer' - a role, he was told, for people 'who didn't fit anywhere else'. But soon he had responsibility for 150 buildings.

Over the years, Pickard's achievements have been legion. He helped set up the Association of Facilities Management, one of two organisations that eventually merged to create today's BIFM. He's also headed up the UK chapter of IFMA, worked at BT and its mobile operator joint venture Cellnet (working there as property director) and then managing director for his own multidisciplinary FM firm Citex, together with former BIFM head of judges Oliver Jones.

Having sold Citex to Carillion, Pickard worked for Reliance Group as chief executive before setting up training consultancy and event management firm FM Guru, an organisations he still operates today.