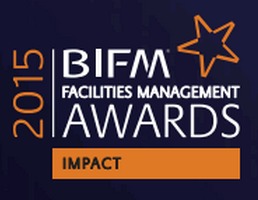 The programme was launched in 2014 to improve engagement and help its workforce understand the scope of Sodexo's business and the company's values.

According to the company's submission, "our aim was to create brand ambassadors with the knowledge and ability to talk positively about the company, help our teams feel more motivated and connected to the business and ultimately increase engagement".

The scheme has been rolled out to 95 per cent of Sodexo's 34,000-strong workforce. It involves three specific sessions focusing on the company's markets and services, its value and how everyone within the organisation can become 'brand ambassadors'.

Initially piloted with the 170 strong HR team at their annual conference in December 2013, the programme was then delivered by Sodexo's executive team to 1,200 managers at its managers' conference in February 2014.

An engagement survey found that 60 per cent of employees are now proud to work for Sodexo.

BIFM Judges commented that the Brand Ambassador programme 'has become core to how they [Sodexo] operate and can be a clear differentiator in how they benchmark with competitors'.