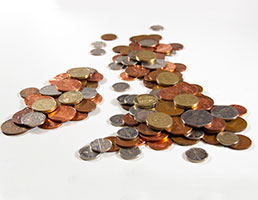 There are approximately 5.84 million people in the UK earning less than the Living Wage, according to a report from KPMG, the professional financial services company.

The Living Wage, set independently and announced by the Living Wage Foundation yesterday, is calculated based on the cost of living.

The research, completed by Markit, is an analysis of Office for National Statistics (ONS) market data. It indicates that 23 per cent of all employee jobs are below the Living Wage line, with sales assistants and retail cashiers making up the highest number of employees, along with kitchen and catering assistants, cleaners and waiters and waitresses.

The research also finds that part-time jobs are three times more likely to pay below the Living Wage than full-time jobs.

KPMG's Living Wage Household Finance Index Survey highlighted that income from employment was reported to have increased at its fastest rate since 2012, while perceptions of rising living costs were at the lowest recorded rate in the survey, which has been conducted annually since 2012.

But the figures, taken during October 2015, showed that four times as many people earning less than the Living Wage were downbeat about their household finances than were positive.

Mike Kelly, head of living wage at KPMG, said: "With the cost of living still high the squeeze on household finances remains acute, meaning that the reality for many is that they are forced to live hand to mouth. The figures released today show that there is still more to be done if we are to eradicate in-work poverty.

"For some time it was easy for businesses to hide behind the argument that increased wages hit their bottom line, but there is ample evidence to suggest the opposite - in the shape of higher retention and higher productivity. It may not be possible for every business, but it is certainly not impossible to explore the feasibility of paying the Living Wage."

London (Greater)
Up to £47,276 per annum plus excellent benefits
Reference
59097
END_OF_DOCUMENT_TOKEN_TO_BE_REPLACED