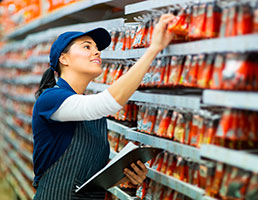 The research from the CIPD, the professional body for HR and people development, also finds that zero-hours contract (ZHC) employees report comparable satisfaction levels in their relationships with their managers and colleagues.

However, the report also shows that, while most zero-hours employees choose to work part-time, they are more likely than part-time employees as a whole to say they would like to work additional hours.

The research also updates the CIPD estimate of the number of employees on zero-hours contracts, which has increased from 1 million in 2013 to 1.3 million in 2015.

The research, which draws on data from the ONS Labour Force Survey, the CIPD's Employee Outlook survey and Labour Market Outlook surveys also found that the proportion of zero-hours contract employees who are either very satisfied or satisfied with their jobs is 65 per cent, compared with 63 per cent for all employees.

Mark Beatson, chief economist at the CIPD, added: "In the operation of zero-hours contracts, as in all forms of employment, there is scope to improve practice. The key principle for the effective and ethical use of zero-hours contracts is that, wherever possible, the flexibility they offer should work for the individual as well as the employer."