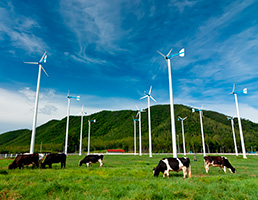 Scottish businesses and community energy projects have adopted biomass and other forms of renewable heat at a faster rate than anywhere else in the UK, according to analysis of Renewable Heat Incentive (RHI) adoption statistics by Raggnar, the renewable energy provider.

Raggnar's review of data, published by the Department of Energy and Climate Change, reveals that eight in every 1,000 Scottish businesses now produce their own heat and hot water with clean energy.

Scottish adoption of clean energy systems is happening four times faster than in England, where just two in every 1,000 commercial entities generate their own clean heat and hot water. In Wales, seven in every 1,000 businesses use renewable heating systems.

Almost one in five of the 14,592 non-domestic RHI applications made to Ofgem since the scheme was launched in 2011 was from organisations based north of the border.

With 28 RHI applicants for every 1,000 businesses, Dumfries and Galloway has the highest levels of non-domestic renewable heat users in Scotland.

There have been 1,137 new RHI installations in the area this year, adding 175 MW of new capacity. East Ayrshire, Scottish Borders and the Highlands also have relatively large populations of clean energy producers; businesses and community energy schemes in these areas have adopted renewable heating five times faster than the rest of the UK.

Nigel Perkins, CEO of Raggnar, said: "Scotland leads the race to renewables because its businesses have woken up to the fact they can run leaner and greener on renewable energy faster than elsewhere in the UK. Improvements in technology mean that biomass can provide heat, hot water, electricity, steam and cooling, satisfying a far wider variety of industrial needs and providing a clean, mainstream alternative to gas, coal and oil."