CIBSE Awards: why so Sirius? 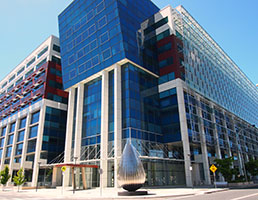 The Sirius Building in Canberra, Australia, has won the facilities management team award at this year's CIBSE Awards.

The building, owned and operated by Mirvac Property Trust and occupied by the Commonwealth of Australia Government Department of Health and Ageing, was recognised for delivering "outstanding building performance".

It was the first organisation to attain an Australian six-star NABERS Energy rating without the use of GreenPower, an Australian accredited renewable energy programme.

The on-site FM team has achieved year-on-year reduction in gas and electricity usage of more than 20 per cent since the building opened in 2010.

The overall winner of the CIBSE Awards was the Everyman Theatre in Liverpool, operated by Waterman Building Services. The theatre also won in its own category, project of the year - leisure.