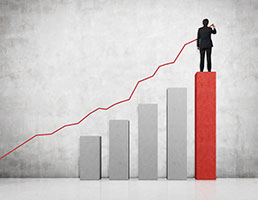 The UK FM market's profitability is set to rise by £200 million in 2016, according to a report by MTW Research.

The profitability will sustain "optimism for the market despite a slight slowdown in growth" it says.

Based on data from 100 leading FM providers, the study found that although there are some short-term challenges for the outsourcing market, long-term fundamentals remain largely positive for sustained value and volume growth in 2016 and 2017, with contract wins gathering pace through to 2020.

The recent introduction of the national living wage (NLW) will cost the FM market some £250 million in the next few years, says MTW, which will affect more than 400,000 people.

MTW found that the UK's FM outsourcing market is responsible for more than 1.4 million jobs in 2016 with SME FM providers and regionally based companies feeling the pinch of the NLW more than London-based and larger TFM providers.

The report discusses the trend of 'in-sourcing' in some detail. Findings indicate that there is some anecdotal evidence of 'unbundling' occurring in some sectors of the FM market. MTW forecasts that this trend will carry on in the next few years owing to medium-term factors, although growth in differentiated FM should continue to negate this threat in the longer term.

MTW's director Mark Waddy said: "The FM market is headed inexorably toward a two-tier market with some providers drawn into a 'race to the bottom' as 'in-sourcing' trends sustain pricing pressure. More successful FM providers are extending market gains through differentiation such as strategic FM, use of IoT technology, enhanced communication, collaboration and greater understanding of the client organisation."

The FM market will generate an average of £300 million of sales a day in 2016, says MTW. Some £40 million a day will be spent on FM services in the health sector alone by 2017, with growing pressure on budgets boosting demand for efficiency savings.