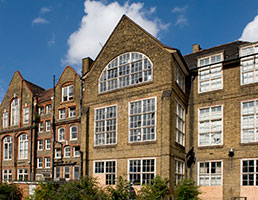 One in five teachers has considered quitting because of the "wretched condition" of the school buildings they have to teach in, according to a report by the professional body for architects.

The Royal Institute of British Architects (RIBA) study has identified that good school design can reduce running and maintenance costs - in some cases by more than several times a teacher's average salary a year - and that it could also have prevented the English school estate from spending upwards of £150 million annually on unnecessary operation and maintenance costs.

The government's Education Funding Agency's new school building programme, says the report, is too rigid and "is leading to waste and poor value for taxpayers". The report also found that more than 90 per cent of teachers believe well-built and designed schools improve educational outcomes and pupil behaviour.

Over-engineered schools with government-specified equipment that only costly consultants know how to operate are costing £150 million a year, which could have been avoided if schools were better designed, states the report.

Using analysis of primary and secondary school buildings in the UK, a nationwide poll of teachers, and extensive engagement with school buildings experts, the report makes the case for an urgent review of the Education Funding Agency's current school building programme.

It emphasises the importance of well-designed school buildings on young people's wellbeing, behaviour engagement and attainment.

RIBA states that its report is a further insight into the government's own assertion that just 5 per cent of the nearly 60,000 school buildings across the UK are performing as intended and operating efficiently.

RIBA president Jane Duncan said: "This country is in the grip of the worst shortage of school places in living memory. Our report highlights the vital importance of school design and how it affects the general health and wellbeing of their users, our children and their teachers. As limited funding is available to deal with the growing problem, every penny spent on schools must deliver maximum value for money."

Duncan added: "We urge the government to review its programme of building new schools."

The study comes after a wall collapse in April at an Edinburgh school built by a PPP consortium raised questions about standards of construction.