Hold off on post-Brexit company shake-ups 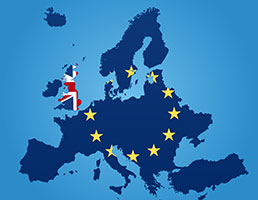 Businesses should take a couple of weeks before considering any company restructures following the UK's Brexit vote, according to Richard Masser, president of the Chartered Institute of Procurement & Supply (CIPS).

Masser, who is also CEO of distribution company Crestwood Group, said compromising on quality and service now is not a solution to extraordinary conditions and executives should "hold their nerve".

He echoed a wider concern in the profession that the 'Brexit-effect could make procurement exclusively cost-based again, having only recently been recognised as influential enough to deliver greater benefits to businesses, from improved product and services and value generation to sustainability and responsibility.

Anybody who compromises on quality or service to minimise the currency issues risks coming unstuck. He said: "There is an inevitability that it will catch up."

Instead, he advised bosses to take the opportunity for cross-functional engagement within the company, talk to all departments in the business as a team, and take an holistic approach, and allow the dust to settle before considering any company restructures. "For me there is a period of reflection - a couple of weeks," he added.

Masser was speaking "as the exchange rate tumbles and forecasts fluctuate from one hour to the next, it is the currency implications, not tariffs, that are the current focus, and the next couple of weeks will be quite informative".

After that, businesses would have to start having conversations with suppliers, asking about strategies, he said. "As a major client or supplier, how are you viewing the whole scenario? How should we set out together to ride this storm?"

Every industry would feel it, said Masser, and the loss of profit margin is not going to be borne by one business alone. He said stakeholder engagement has never been more important than now.

London (Central)
Circa £50,000 per annum depending on experience
Reference
59380
END_OF_DOCUMENT_TOKEN_TO_BE_REPLACED