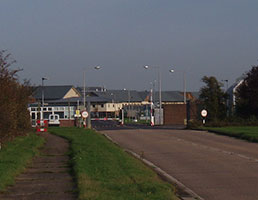 The Home Office contract with Yarl's Wood Immigration Centre for women in Bedfordshire is "over-engineered and creates large theoretical financial credits for even trivial deviations", according to a new National Audit Office report.

The Home Office is responsible for all aspects of Yarl's Wood except healthcare, which is now the responsibility of NHS England. The report into the management arrangements of the new contracts between the Home Office and Serco, and NHS England's deal with G4S, was published last month.

The report highlights the following example of 'over-engineering': If the Yarl's Wood gym is opened five minutes later than agreed, this could generate a service credit. But if the gym is kept open for an extra five minutes at the end of the day, this would be "acceptable mitigation and the service credit would not be imposed".

The Home Office has imposed £56,000 of such service credits out of a total of £585,600 credits generated, because it considered that there were mitigating circumstances for the vast majority of them.

The Home Office, says the report, is now in the process of reducing the number of performance indicators from 120 to around 30, "so that it can focus on any serious problems rather than requiring Serco to report every technical deviation from the contract and the mitigations it put in place". It also states that G4S has been "slow to meet its contractual obligations for training", noting that the contract was required to provide training to all staff at Yarl's Wood on mental health issues.

Amyas Morse, head of the National Audit Office, said: "It is important that services for vulnerable people, like those at Yarl's Wood, are delivered 'right first time' and this did not happen at Yarl's Wood. We do though give credit for the work that is now taking place to address the problems."

Serco was re-awarded the Yarl's Wood contract in 2014 after emerging as the preferred contractor "following a comprehensive re-tendering process".

A report on an unannounced inspection of the Immigration Removal Centre (IRC) for women, published last year, stated that the running of the centre was "improving, although significant concerns remained".