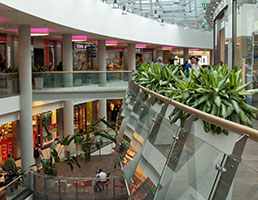 A report has found that US building owners, managers and investors are becoming increasingly interested in creating healthier buildings.

The Drive Toward Healthier Buildings 2016, published by Dodge Data & Analytics with research partner the World Green Building Council, suggests that the US could be set to adopt building practices that prioritise the well-being of occupants.

On surveying 671 owners, architects, interior designers and contractors in the US, the study notes that occupant health and well-being was becoming a more important factor in influencing design and construction decisions.

Two-thirds of building owners cited this factor as important, while architects placed more emphasis on the occupants' welfare (74 per cent).

Better lighting and daylight exposure, spaces that enhance social interaction, and enhanced air quality are all currently building features high on the agenda for respondents.

But the research also found a gap between what building owners want and what architects and contractors set out to achieve.

Three-quarters of owners want to achieve improved employee satisfaction when they invest in healthier buildings, but only 68 per cent of architects, 51 per cent of contractors, and 41 per cent of interior designers see this as a top goal for their clients.

The report was published in the same month that a British and International Standard that prioritises employee well-being was launched.

BS ISO 27500 was developed with input from BSI's ergonomics standards committee. It sets out to help businesses achieve a 'human-centred organisation' and act in socially responsible ways.

The Drive Toward Healthier Buildings 2016 report can be downloaded here.