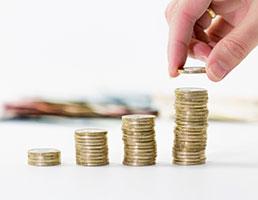 One in four businesses have reduced recruitment in response to the introduction of the national living wage (NLW), according to research by the British Chambers of Commerce (BCC) and Middlesex University.

The BCC surveyed 1,627 businesses in August. It found that 18 per cent of respondents had reduced pay growth, with 18 per cent reducing staff hours.

More than a third has increased their wage bills since the NLW's introduction, and a similar amount raised prices to offset the cost.

But 63 per cent of respondents said that they would raise prices if the national minimum wage rose to £9 an hour by 2020, which is the target figure set out by government.

The NLW, introduced in April this year, is currently £7.20 per hour and applicable to employees aged 25 or over. It is not set to rise from 1 October, unlike other minimum wage pay brackets.

Marcus Mason, head of education and skills at the BCC, said: "A decent wage can make a huge impact on employees' lives and their performance at work, and most businesses are able to pay above the NLW.

"However, a significant number of firms have already had to re-balance their books to meet the cost of the NLW, which can have a knock-on effect on recruitment or growth plans. Many firms would have to change their business models, by increasing prices and reducing staff, if the NLW increases to £9 per hour by 2020.

"The government needs to take an evidence-based approach to setting the NLW. The rate should be set by the Low Pay Commission and determined by the state of the economy, weighing up the various pressures businesses face. Further NLW increases need to be proportionate, reflecting business uncertainty, slowing growth and high input costs, to avoid having a negative effect on employment."

David Williams, director corporate engagement at Middlesex University, said: "While our research has captured the current sentiments of business around the NLW, the potential rise to £9 per hour is still three years away. This means that businesses have an opportunity to adjust their strategies, as they are having to do with other initiatives such as the apprenticeships programme.

"It is important that the government supports business through these transitions so that employees in the UK can earn a fair wage for their work and businesses benefit from a satisfied and motivated workforce."

The government has asked the Low Pay Commission to recommend increases to the NLW towards 60 per cent of median earnings by 2020.

A spokesperson from the Department for Business, Energy and Industrial Strategy said: "The government is committed to building an economy that works for all and the NLW is doing just that. We are making sure this works for employees as well as businesses, and will continue to back small firms by providing an environment in which they can thrive.