BIFM Awards 2016: Newcomer of the Year 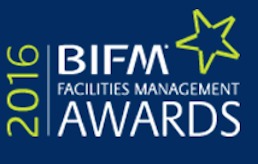 Pleun van Deurssen, facilities manager at Incentive FM, has been named Newcomer of the Year at the BIFM Awards.

Van Deurssen was studying at the NHTV University in the Netherlands where her FM degree required a work placement with a substantial project. Incentive was about to implement a new web-based HR and payroll system for the group, which offered an ideal opportunity for both Van Deurssen and Incentive.

Her previous work placement at Hilton Hotels in Australia meant that van Deurssen already had a thorough grasp of FM terminology and was able to quickly understand Incentive's operations following a focused and intensive induction. She also graduated from NHTV and was offered a full time job at Incentive.

In September 2015, van Deurssen moved into FM operations as a coordinator on a new project, the Elephant and Castle development site with Lendlease as a client.

Group operations director Bill Pollard says her "cheery air and experience has allowed her to flourish in a challenging environment [of] 2,000 mainly male building staff on site, occasionally proving a bit of a handful! Her performance here has enabled a framework agreement for Incentive FM to be developed with Lendlease as a preferred supplier leading to her promotion to FM in March 2016".

She has involved herself and been supported by Incentive in industry related CPD and networking, joining the BIFM Rising FMs SIG as secretary and lately part of the World FM Day committee.

"As her business mentor, Pleun has a career plan that will see her reach a senior management position within another couple of years and will I'm sure become an industry leader."