25% of workers with mental health problems fear lack of support 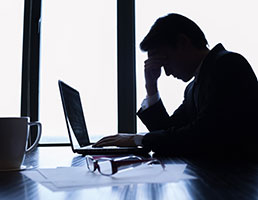 More than a third of employees (36 per cent) believe that their organisation supports employees with mental health problems either very or fairly well, says research by the Chartered Institute for Personnel and Development (CIPD).

The survey also found that a quarter (25 per cent) believe they do so either not very or not at all well.

More employees were either not very or not at all confident (47 per cent) rather than confident (43 per cent) to disclose unmanageable stress or mental health problems to their employer or manager.

YouGov conducted the latest survey for the CIPD of 2,091 British people in September 2016. This survey was administered to members of the YouGov Plc UK panel of more than 350,000 people who agreed to take part in surveys. The sample was selected and weighted to be representative of the UK workforce in relation to sector and size (private, public, voluntary), industry type and full-time/part-time working by gender.