Public want more taxes to be spent on local maintenance 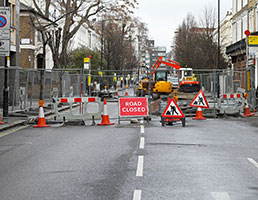 A new survey has found that over three quarters of the public are calling for more money to be spent on local maintenance.

The survey, conducted by Survation on behalf of the Association for Public Service Excellence (APSE), found that the vast majority of the public want to see more of their taxes spent in the local area such as road maintenance and better management of leisure facilities.

People are eight times more likely to trust local councillors to make decisions on their behalf over and above MPs and Government Ministers, according to APSE.

Local refuse and recycling services are valued the most by the public out of all council services, but people also ranked support for other council services, like school meals, local council leisure facilities such as swimming pools, gyms and playing fields and parks.

Another top priority for investment is local roads, and the public want to see more spent on improvements such as reducing the amount of pot holes.

However, APSE warns that the public are now starting to see the impact of austerity, with a sizeable chunk of survey respondents reporting a decline in their local services, with the majority of councils just about managing to keep much-valued local services going.

The most popular area for additional spending by central government is road maintenance. Asked to allocate a notional budget across nine services, the public allocated 18 per cent to road maintenance, 50 per cent more than any other area.