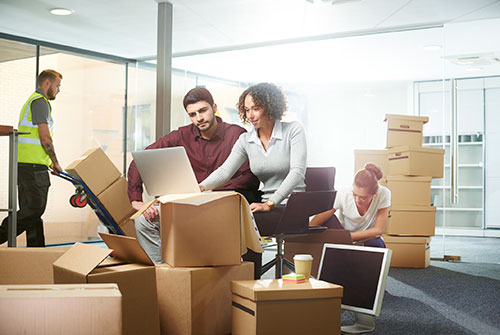 Central London may be the financial, cultural and business heart of the UK, but as rents increase and more workers adopt different forms of working its dominance could be declining - at least when it comes to flexible office space.

According to a report by estate agent Savills, London's outer boroughs are becoming more attractive to workers.

The London Mixed Use Development Spotlight report suggests that, more than ever before, London office workers are looking for shorter commutes and demanding more from their workplace in terms of who they work with (sharing ideas/networking) and where they work (access to green space, retail, leisure and wellness).

Savills says this shift could present a huge opportunity for the less congested outer London boroughs.

According to Oxford Economics, employment in sectors that tend to occupy co-working spaces is set to rise by 20,000 people in the outer London boroughs over the next five years, which equates to a gross additional need of 1.6 million square feet (148,644 square metres) of office space.

However, Savills notes that only 707,000 sq ft (65,682 sq m) of new offices are planned in this area during the next four years and most of these are tailored towards pre-lets with large corporate occupiers - pointing to a potential dramatic shortage of office supply.

In addition, with substantial business growth forecast among SMEs whose working culture best suits co-working spaces, there is a specific need for more types of this space in the outer boroughs, says Savills.

Piers Nickalls, director in the business space team at Savills, said: "In order to accommodate London's future growth, landlords, developers and planners need to ensure that a full range of workspace at different price points is available across the city. The outer boroughs can offer occupiers far shorter commute lengths than what many take as the norm when travelling to work in central London, however, this should not be their only USP.

"The most successful emerging London sub-markets will be able to harness innovation and deliver a full range of flexible spaces and tenures, including co-working, to create thriving business eco-systems outside of Zone One."

According to research from real estate agency Office Genie, SE1 is the most searched postcode for London office rental - ahead of W1. Office rentals are 42 per cent cheaper in SE1: £450 per desk compared with £770 in W1.

Peter Ames, head of strategy at Office Genie, says: "Unlike other more sterile, less dynamic business districts in the capital, SE1 and in particular London Bridge offers a vibrant, cultural place to work that isn't the sole domain of one type of industry. Lawyers and finance professionals rub shoulders with artists and designers to create a business destination that people want to work in.

"Traditionally, there has been a good mix of commercial space to support this and we need to ensure this continues to be the case."

London (Central)
Circa £50,000 per annum depending on experience
Reference
59380
END_OF_DOCUMENT_TOKEN_TO_BE_REPLACED