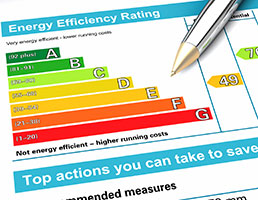 The UK Green Building Council (UK-GBC) says that the next government must introduce mandatory operational energy ratings that measure and publicly display the actual energy performance of buildings when they are in use.

The suggestion is one of UK-GBC's key policy recommendations, published ahead of the forthcoming general election. In support of its recommendation, UK-GBC said that "there is evidence from the UK and around the world that tracking and communicating a building's energy performance increases awareness and leads to reductions in energy use."

Recognising that the public sector has a unique role to play in creating high-quality, sustainable buildings by setting rigorous procurement standards and driving good practice, UK-GBC also recommends that the next government should renew the Greening Government commitments every five years, setting targets for the reduction of emissions, water use and waste from all public buildings. "It should also commit to using public procurement to drive higher standards in public buildings and new publicly funded housing."

On Brexit, UK-GBC wants the next government to ensure that, after the UK leaves the European Union, "our environmental protections and climate policies are as strong as - or stronger than - they are today".

UK-GBC says that it supports the Climate Change Act. However, it says "on current rates of progress, the emissions limits for buildings in the fifth carbon budget will be exceeded by 18 per cent".

London (Central)
Circa £50,000 per annum depending on experience
Reference
59380
END_OF_DOCUMENT_TOKEN_TO_BE_REPLACED