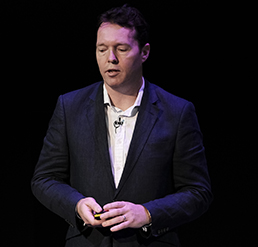 The chief executive of a company specialising in converting lighting infrastructure into communications networks has spoken of the Internet of Things' potential to help boost 'microgeneration' of energy.

Speaking at last week's ThinkFM conference, Gary Atkinson of Enlight said the gap between peak demand for electricity in the UK and the capacity of supply were too close. Existing lighting infrastructure, whether municipal or private business, had the potential to be the backbone of a smart network for energy transmission and management, its reconfiguration funded by a reduction in maintenance requirements over the long term.

The ability to better manage and reduce water consumption was another potential benefit of a world in which sensors micro-managed delivery and timing of availability, said Atkinson.

Atkinson spoke of sensor technology having reached the point where its cost was now less than its efficacy.

"Gyroscopes, digital magnetometers, pressure sensors - today these are all built into silicon at high scale, and thus cheap," said Atkinson. "And with cheap processors comes the ability to analyse performance."

"For the Internet of Things principle to work, you need to deploy at scale. More data points mean better decisions; you need to deploy low-cost hardware in volume to cover as large an area as possible. And we need more data to be able to make more granular decisions about electricity consumption."