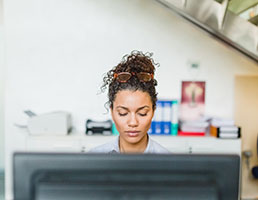 Only 39 per cent of UK workers report feeling "very engaged" at work, according to a report by real estate firm JLL.

The research is part of JLL's recently launched Future of Work research programme, and is based on consultations with decision-makers at 40 corporations around the world and the results of a separate anonymous survey of more than 7,300 employees working for companies with more than 100 members of staff.

The survey covered 12 countries and the respondents were aged between 18 and 65 years. Employees were surveyed in Australia, China, France, Germany, India, Italy, Japan, the Netherlands, South Africa, Spain, the UK and the US.

In the UK, it also found that office environments have moved swiftly towards more efficient use of space and the culture of openness and mobility. But the study shows that "employee engagement, empowerment and fulfilment" are important to workers. Almost nine in ten respondents to the UK survey say it is "important" (40 per cent) or a "priority" (46 per cent).

The results of the global findings show nearly 70 per cent of participants agreed that "happiness at work" led to a better work life.

Almost 90 per cent of all respondents support the idea of having a "chief happiness officer at work, dedicated to employee well-being".

It also states that while large corporations continue to attract more talent (61 per cent) than the smallest ones, almost half (46 per cent) of respondents said they aspire to work in a start-up environment and that they crave an entrepreneurial culture.

Only 52 per cent of employees admitted being entirely satisfied with their current work environment. In addition, 42 per cent revealed feeling completely ready to move from their personal desk to open-plan offices or unallocated seats, in order to access new innovative workspaces.

Marie Puybaraud, global head of corporate research at JLL, added: "Human experience is about how the work environment ultimately impacts company performance, not just its culture. Our study shows that work places and work spaces have a key role to play, both strategically and operationally, in fostering engagement, empowerment and fulfilment at work."