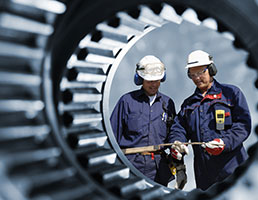 %>A poll run by three organisations representing the building and engineering sector finds that many SMEs are still not being paid within 30 days.

And it highlights public sector bodies as among the worst late payers, despite the government's entreaties for prompt payment.

Almost two in three (63 per cent) engineering services firms were not paid within 30 days by public sector bodies during the second quarter of this year, according to survey findings for the ECA, the Building Engineering Services Association (BESA), and SELECT.

The figures represent a decline in prompt payment performance on the first quarter of the year, when 55 per cent of businesses were not paid within 30 days by public sector bodies such as local authorities and NHS trusts. In many cases, this directly contravenes government legislation on prompt public sector payment, known as the Public Contracts Regulations 2015.

In addition, four in 10 firms (39 per cent) said over 3 per cent of their turnover is being held in retentions by firms further up the supply chain.

Despite the challenging payment climate, turnover among respondents remained strong, with over eight in 10 (81 per cent) finding that turnover increased or stayed the same in Q2, compared with Q1. Looking ahead to Q3, 87 per cent of businesses expect turnover to rise, or remain steady, says the study.

Steve Bratt, CEO of the ECA, said: "The engineering services sector continues to show resilience despite the ongoing challenges of late payment and cash retentions, and the increasing challenge of rising material and labour costs.

"With public sector support - including prompt payment - our sector can deliver key infrastructure projects and provide skilled technical employment. This would support government objectives for growth and delivering whole-life asset value to the UK economy."

Paul McLaughlin, BESA chief executive, said: "Despite the political turmoil created by Brexit, it is good to see that our sector remains stable and that contractors are reasonably optimistic about the future. Rising costs and extended payment periods continue to create challenges, but the fact that some building engineering firms have improved their profit margins is testament to their ability to manage risk.

"It is, however, vital that the government continues to feed the pipeline of infrastructure work and that companies in our sector hold their nerve. Success will not be spectacular or short-term and it will definitely have to be hard won."

Newell McGuiness, managing director of Select, added: "Late payment can have a devastating effect on engineering businesses, as well as to the wider economy. Cash flow is vital to ensure apprentice recruitment, employment and upskilling training continues to grow. In our view, improving the velocity of cash is vital in improving our industry."

Despite business optimism, materials prices continue to rise, with seven in 10 businesses (68 per cent) reporting an increase. In addition, almost half of companies (47 per cent) said labour costs had risen.

The trade bodies are currently working with construction industry stakeholders and the government to secure a sector deal that would enhance the built environment, while supporting SMEs throughout the supply chain.