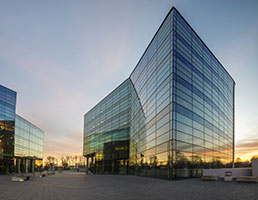 %>Global real estate adviser CBRE expects the four main European markets of London, Frankfurt, Amsterdam and Paris to see another 120MW of further colocation of data centres supply within the next six months.

This represents 12 per cent of the current supply across these markets.

With 74MW of new supply of data centres across the major markets in the first-half of 2017, CBRE anticipates that the colocation market is on course for a single year in which nearly 20 per cent of all current supply comes online.

This unprecedented level of new supply is driven by enormous confidence in European take-up exemplified by a combined 31MW of transactions across the four key markets during Q2. This brings total take-up in the first half of 2017 to 58MW - a new record for the first half of any year.

London again proved to be the most sought-after market, with 33MW take-up for the quarter, which brings London's share of year-to-date (YTD) take-up across the four markets to 57 per cent. Amsterdam sprung to life with 10MW of power sold in Q2. Frankfurt and Paris again suffered from the cyclical nature of current demand, but CBRE expects both markets to pick up in the new year.

Mitul Patel, head of EMEA data centre research at CBRE, said: "Confidence in the European colocation sector is higher than ever and Q2 delivered another blockbuster performance. The cloud companies that are driving recent growth in Europe show no signs of decelerating in their procurement of colocation space and developers are responding in kind with an unprecedented level of build activity.

Data centres are used to house large IT infrastructures. They are commonly operated by government agencies or large companies to support the organization's own business and provide cloud services to customers.

The approximate measure for such space is 1500W per square metre.