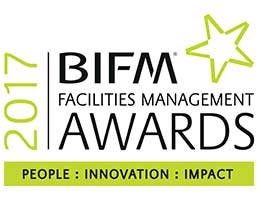 The BIFM's first ever chairman, and one of its honorary fellows, is the recipient of this year's BIFM Lifetime Achievement award. Marilyn Standley was the first chairman of the BIFM back in 1993, having previously been chairman of one of the two organisations which merged to create it.

Marilyn has been working in facilities management since before the term 'facilities management' was even coined. It was a year's secondment as an office administrator that convinced Marilyn, then a personnel manager, that her future lay in what was to become FM.

Today, with more than 30 years' experience in the sector, Marilyn can look back on key roles including leading operational FM delivery on both the client and supply sides; setting up and running her own consultancy; chairing the BIFM's Fellows special interest group; and continuing to be involved with a range of projects and initiatives in support of the further development of the sector. Today, Marilyn continues her volunteering while working as deputy director at the British Museum with responsibility for building operations and projects.

Marilyn started out in HR back in 1982 with publishers Longman for what was then simply called 'administration'. Having overseen several major change projects or that organisation, she became involved in the Association of Facilities Management, one of the two organisations that ultimately merged back in the early 1990s make the BIFM that we know today.

Working across the supply chain in various capacities has given Marilyn the experience to ensure expectations on both sides of the supply chain are met. She has always seen a strong link between an organisation's property and FM requirements, with her work taking her abroad to undertake such projects as helpng the Barbados government on the construction of new public buildings.

Back in 2007, Standley told FM World that she believed being a woman in the FM sector had helped rather than impeded her. "You're a lot more memorable," she argued.