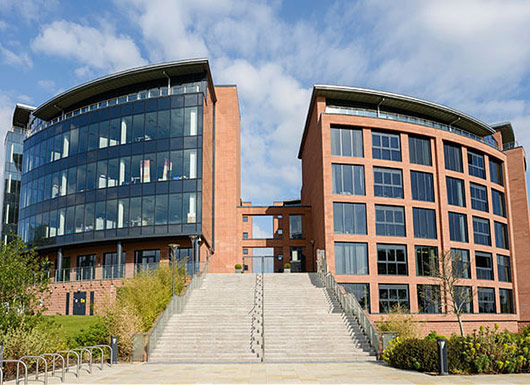 JVs can thrive in 'culture of trust', says report

Between 2009/10 and 2014/15, spending by England's local authorities was cut by a fifth because of austerity measures. This has required councils to find alternative funding models to sustain themselves and protect frontline services.


One of these has been joint ventures (JVs), which have been in use for years by local government. But now, according to a report by business and financial adviser Grant Thornton, their use is expected to increase.

JVs have traditionally seen local government partner with commercial organisations, but the report says a new breed of public-public joint ventures could be particularly effective.

FM firms have been prominent in forming JVs. In 2013, Cheshire and Wirral Partnership NHS Foundation Trust (CWP) selected Ryhurst as preferred bidder for a comprehensive range of FM services to set up a 15-year, 50:50 joint venture partnership to deliver FM.

Partnership objectives
Norse has also been building its joint ventures portfolio for a number of years - the latest being formed with Havant Borough Council. The firm is actually wholly owned by Norfolk County Council, so its JVs are public-public ones. The report states that "this type of JV provides the opportunity for councils to partner with companies that bring both the scale economies and expertise, combined with the public sector ethos".

There have also been the notable “tri-borough” deals with numerous London councils and providers such as Amey.

The report says that while local authorities are increasingly looking to joint ventures it warns that as more local authorities adopt JVs in the future, they would need to consider carefully the objectives and partnership arrangements of these models to ensure that they can "survive and thrive".

Report authors identified a number of JVs, set up to deliver services in a particular way, that had not been responsive to the council's changing agenda, objectives or circumstances. This had resulted in both sides reaching for the contract and the JV ultimately failing.

Grant Thornton's analysis covers JVs delivering a range of council services, both back-office and front line, at different stages in their lifecycle and found that the most common services provided through a JV are: IT; finance; human resources; payroll; road repairs and maintenance; revenues and benefits; schools catering; and property management.

Although there have been some high-profile JV failures, the report found that with the right set of shared objectives, a culture of trust, and the right governance, they can be successful.
In part, this is as a result of combining common cultures, but in many instances, councils already have good collaborative relationships. There is also less tension for councils as a partner in a profit-making public-public JV, as ultimately all profits are returned to the public purse.

Success in the field
It reports successes such as CATERed in Plymouth - a co-operative trading company which is jointly owned by 67 local schools and Plymouth City Council and which has reduced costs for the local authority. For instance, by owning a 51 per cent stake in CATERed, the council has been able to ensure that staff have retained their Local Government Pension Scheme pensions.  The council does believe that aspects of the JV's management will need further development - this includes performance management.

The report also warns that councils must be aware of EU procurement requirements and the different requirements that may apply when the other party is in the private rather than the public sector. Among its recommendations on how to make a JV successful, the report says it has to be allowed to operate independently outside of the council.

Vivien Holland, local government advisory at Grant Thornton and report author, said: "Overall, joint ventures can be a viable alternative delivery model for local authorities. Our research indicates that the numbers of joint ventures will continue to rise, and in particular we expect to see others follow examples of successful public-public partnerships."

Better Together: Building A Successful Joint Venture Company is the latest in a series of reports looking at alternative service delivery models in local government and can be found here.