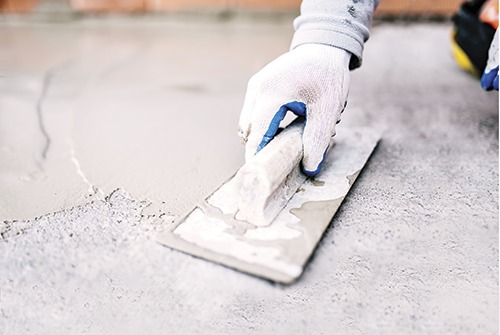 The value of the FM's input into providing an effective soft landings approach to new build and refurbishment projects is well established.

There remains, however, a debate about who should champion its use.

The BSRIA Soft Landings Conference, held at RIBA's London office, sought to delve into the success stories and pitfalls of soft landings on construction projects, and outline the principle points for "making it stick".

Soft landings, a term in use since 2009, has always highlighted the disparity between the cost of construction and the cost of operation, and the benefit early FM involvement can have on closing this performance gap. Kevin Thomas, managing director at Integrated Project Initiatives, went one further, noting that a building's full value to the business function far outweighs even the operational and maintenance spend over its whole life.

"What we should be trying to do is to make sure what we want a building to achieve from the output end, ultimately what an organisation will deliver, and that drives what we put input initially."

David Rintoul of ClarksLegal LLP, stressed that the FM has an "ongoing role" in smoothing out the soft landings process, arguing that, providing any contractual issues are resolved, FMs could in future be asked to review operations and maintenance manuals.

"The design obligations and intent are incorporated within the main design team in the build contract. The facilities manager, whose early appointment is strongly recommended, has an ongoing role to make clear that the operational requirements are met in the original the design intent.

"This is something that should be included separately under the FM contract with the client."

In a nod to the increased interest in wellbeing and productivity throughout the FM sector, post occupancy surveys are beginning to incorporate these factors when measuring the success of the build.

"There's a direct economic impact on productivity, but it does tend to become a bit more subjective; It's difficult to be more objective about measuring it," said Peter Clegg of RIBA.

"Something that people have become very concerned about is acoustic noise levels in schools and office buildings. It's one of those intangibles that you didn't think would be such a big issue. Open plan environments have become far quieter as people are using phones much less. This makes any other noise is more aggravating."

Ultimately, the evolution of post occupancy evaluations (a key part of the soft landings process) into a customer experience-led surveys - looking at more than the mechanical engineering element of a building - could result in more of an FM influence in future projects, feeding back into the evidence-based design loop. And it is FM that has the most to gain, said BSRIA's Jo Harris.

"FMs need to come forward and take a role in soft landings; they have the most to gain from getting a well performing building. Who should shout about it? Well it's the role of the institutes, whose members are FMs, but there is an education piece required to ensure we are all saying the same thing - we see that as a BSRIA role."

There is still work to be done to support the soft landings approach, and in particular the need to advise clients, eventually getting to a stage where soft landings is "embedded as part of the whole process, not just a bolt on".

ISS's Kath Fontana said: "It's my 100 per cent conviction that we need to create client-side demand and proper contract forms and services schedules. RIBA need to put some effort into DPOW stage 7 as well. To paraphrase a well known saying, if you specify it, FM will come!"

TIMELINE
Soft landings: where are we now?

2009: The concept of Soft Landings was first enshrined in a document composed by BSRIA, in which it defines the approach as a form of 'graduated handover' for building projects.

2011: This approach was adapted by the government for its own Government Soft Landings framework.

2013: RIBA’s Plan of Work framework was revised, incorporating two new stages - 'Strategic Definition' at the beginning of the process and 'In Use' at the end - holding considerable promise for the involvement of FM.

2015: BSI revises its BS 8536-1 Briefing for design and construction standard, which sets out guidance material for facilities managers. The new update brought it into line with the principles of the Soft Landings Framework and Government Soft Landings, post occupancy evaluation and BIM requirements.

2016: Those working in the public sector must be able to deliver soft landings as a competence in the Crown Commercial Services framework, which is sets out approved contractors for central government projects.

Background: What is soft landings?

BSRIA's initial soft landings concept, developed in 2009, The construction project team stays on for three years post-construction to support the building's occupiers, fine-tuning systems and documenting any changes for use in future projects.

BSRIA explains that the approach helps to solve the performance gap between design intentions and operational outcomes. This performance gap can emerge at any stage in a project, from project inception and design, to construction, handover and initial occupation.

From an FM perspective, this may appear in issues such as accessibility or the excessive work required to maintain cleanliness - the result of poorly considered window placement during the design phase, for example.