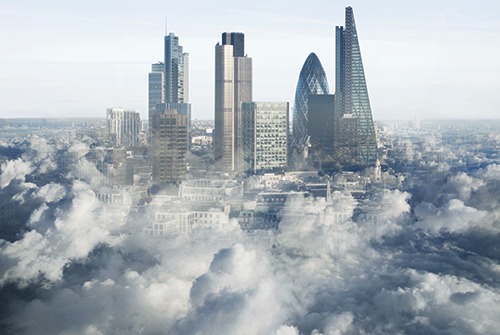 The UK Green Building Council has welcomed the Mayor of London's draft London Environment Strategy, which includes proposals for all new buildings to be operated more cleanly.

Mayor Sadiq Khan's draft strategy states that the aim is to make the capital a zero-carbon city by 2050, with energy-efficient buildings, clean transport, and clean energy.

How exactly does he intend to do this? The strategy argues that diesel generators installed as emergency back-up power sources in offices and other buildings are increasingly being used to meet peak electricity demand from the National Grid because the grid now struggles to match supply with demand.

The government does not impose any controls on emissions from most of these generators, however, they have the potential for significant negative effects if their use continues to grow.

Khan proposes to use planning powers to prevent the creation of new diesel-powered 'generator farms' in London and ensure that the effects of any new emergency generators in buildings are minimised. To do this, he will work with health authorities and others to raise awareness of the impact of the use of diesel generators on air quality.

The mayor's office will negotiate with the Department for Business, Energy and Industrial Strategy and the Department for Environment, Food & Rural Affairs (Defra) to seek market reforms and discourage the use of emergency generators in the short-term operating reserve and capacity markets. It will also encourage Defra to apply more robust standards, and give the mayor the powers to regulate this sector in London.

The mayor will also liaise with the retrofit industry and generator owners to develop effective and install effective retrofit solutions for existing generators as soon as possible. Where applicable, retrofit for emergency generators could be supported by the mayor's retrofit programmes.

John Alker, campaign and policy director at UK-GBC, said: "This draft plan outlines a number of important and ambitious policies, including proposals for all new buildings to be zero carbon from 2019, and for new large-scale schemes to be 'Air Quality Positive'. The draft also proposes an 'Urban Greening Factor' for new developments. These aspirations highlight the growing trend: it is our cities that are leading the way in the absence of policy ambition and clarity from central government."

BSRIA also supports the strategy. A spokeswoman said: "Any measures that support zero carbon in both new and existing buildings and that offer better energy use in general is a positive step, coupled with any financial savings that can be made for members and industry.

"We await further detail: as ever, the devil is often in the detail with such strategies. BSRIA is also supportive of bringing together every aspect of London's environment - air quality, green infrastructure, climate change, and ambient noise. All are key areas."

This strategy also brings together approaches to every aspect of London's environment. It too is divided into monitoring of air quality, green infrastructure, climate change mitigation and energy waste, adapting to climate change, and ambient noise.