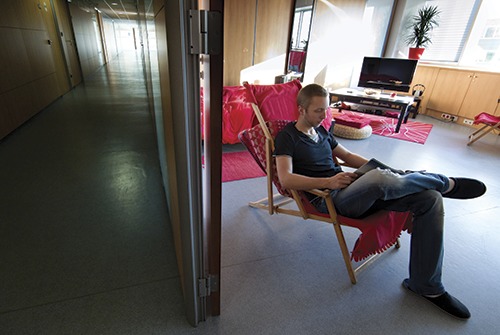 The assembly is also examining guardianship schemes practised by local authorities in the capital. It explains that its housing committee has set out to scrutinise the mayor's role in delivering private, social and affordable homes that it says London requires.

This is because guardianship offers accommodation at cheaper rates than the mainstream private rental sector in return for protecting premises. The continuing housing crisis has created a growing demand for guardianship opportunities, although as Doug Edwards, managing director of VPS Property Guardians, believes that "the current property guardians programmes provide just a tiny alternative solution to the current housing shortage".

Nonetheless, it has been an attractive proposition for cash-strapped councils, which may hold significant numbers of empty property before demolition, sale or redevelopment. Global Guardians, a London-based service provider, says it has saved its clients more than £2 million in business rates since it began trading in 2011.

Despite the appeal, the use of property guardianship has come under scrutiny, particularly in the past two years. Sceptics believe that some property guardian firms are exploiting the housing crisis to maximise profits.

Stuart Woolgar, security director at Global Guardians, said some firms entering the market have been "acting a bit like cowboys". He said: "When [companies] terminate a guardian's licence agreement, we have to give them no less than 28 days to move out of the building, adhering to the Protection from Eviction Act 1977. But other companies have been operating with three-day termination contracts, seven-day, 14-day contracts. They are breaking the law."

The legal rights of the guardians, as well as reports of poor living conditions for guardians, are some of the reasons why the London Assembly Housing Committee is investigating the use of property guardianship.

It is also the reason why in June, Bristol City Council agreed to end use of property guardians to protect its empty properties, citing one case of a property guardian living in a former care home.

The decision was made after the council gave notice to Camelot, a property guardian company, for vacant possession of an old care home so it could be demolished and redeveloped. After Camelot gave its notice to occupants, protests and complaints about the condition of the buildings and the treatment of the occupiers followed, as well as a legal challenge on the occupancy status of the guardians. In February, Bristol's County Court ruled that one particular occupier was to be treated as a tenant, rather than a licensee, which has led to more debate and challenging of tenant and guardian rights.

Green Party member and 2016 London mayoral candidate Sian Berry led the London Assembly's probe. The committee's investigation set out to examine the demographic of the people that become property guardians, the legal rights of those individuals, and the impact guardianship has on local communities.

Berry, who is a local councillor in the London Borough of Camden as well as a member of the assembly, has been vocal on the issue in the past 12 months, suggesting that guardians are being exploited for the profits of the guardianship companies. She also has called for empty public buildings to be set aside for community spaces instead.

A Freedom of Information request submitted by Berry in August 2016 found that more than 200 buildings across all London boroughs were in contracts with property guardian companies, with an average of 8.2 property guardians per property in place.

Berry told FM World it is a growing issue, and particularly prevalent in London. She said: "There are serious question marks about the tenancies in these arrangements," citing her research, which highlights that as many as 20 people per property are living as property guardians in council-owned buildings in London.

"This is far more than would be needed to provide a presence to deter squatting." She has also called for a clarification of property law in the classification of vacant property. Currently, empty buildings can be classified as Houses of Multiple Occupation.

The London Assembly explains that there are no specific standards or guidance on conditions for guardian properties. In addition to this clarification, Berry also suggested that local authorities should consider alternative uses for properties, such as mixed-use community centres.

Edwards said: "VPS invited the top property guardian companies in the UK together earlier this year, and, as a group, have met three or four times since, with the aim to setting up a property guardians association that will define and promote the best practices that should be adopted by all stakeholders in the sector."

Woolgar wants to see standards improve and property guardians be held to account. He favours an association "as long as the minimum standards are met by everyone, and that comes down to regulations. What we'd like is for a person from the GLA, or one of their representatives, to be active and involved in regulating the industry".

"Over the last two to three years I've been involved in developing the British Standard for vacant property protection, and this is the BS8584 - and property guardianship falls under that.

"The actual business model of guardianship is actually very good - lots of people benefit from it, from the people who own and run the buildings to the guardians themselves."

Some key advantages for a property guardian are:

They have accommodation that is generally significantly lower in cost than the market rate for the area they are living in. It is not untypical for the cost to be about half that of similar accommodation, and to include all council taxes and utility bills.

They have more flexibility than if they were a tenant - they can give just 28 days' notice to leave the accommodation without any penalty if they need to move (this notice runs both ways, so can also be a disadvantage).

There is sometimes the opportunity to live in unusual, or even substantial, properties, from fire stations to temporarily vacant mansions. It has to be said though, that most property guardian properties are just ordinary homes that are temporarily vacant.

Some key disadvantages for a property guardian are:

The buildings are vacant only temporarily, and while some properties that house guardians can accommodate them for up to two years or so, guardians must be flexible enough to be able to move with the 28 days' notice, should the property be required by the owner for another purpose. Most properties are available for many months, but the nature of this low-cost alternative to the private rental sector means that it is only suitable for people who can adapt to it - it is not suitable, for example, for people with children.

Property guardians do not have exclusive use of the property and will often need to share amenities such as kitchens and bathrooms.

Property-managing companies have a responsibility to ensure that the properties are safe, secure and maintained, so have the right to inspect them regularly.