Is social enterprise on the rise? 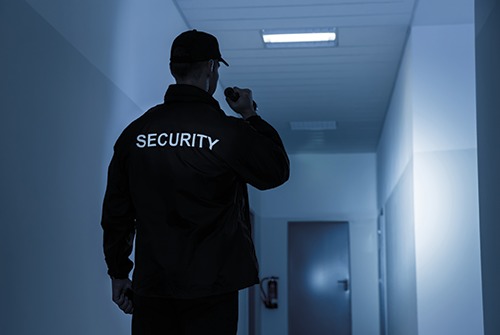 Cordant Group, which offers services including recruitment, security, cleaning and technical electrical services, has announced its new status as a social enterprise.

Chris Kenneally, chief executive of the Cordant Group, who spoke exclusively with FM World ahead of the official launch of the company's social enterprise status last month, said the move would mean "we will be able to engage the workforce", many of whom were migrants.

The group, which is a labour recruitment agency and provides facilities management such as security, concierge and other services, says that within a five-year plan it will reinvest most of its profits into social programmes across education, employment, and healthcare.

"We can develop [the workforce's] skills far better [with this model]," said Kenneally. "A huge number of FM staff are migrants. With this model we will have access to those people to recruit them and keep them engaged."

Kenneally said the company which, in 2015 launched Cordant Services, comprising of four service provider divisions in cleaning, security, technical and specialist services, would aim to fill the gaps that the government was not filling.

"People come to work and tend to leave behind communities. We are aware of the lack of funding from government into communities. My hope is we can work with them and around them to make their lives better."

Kenneally believes the traditional business model is "out of synch with what people want, and we want to be pioneers - to make people see it's not just about fat cats, but about people who want to live and get out of poverty traps".

He said it had been "a journey" to convince shareholders of the idea.

"We sat down with them to decide. We had to take them on a journey about the risks, challenges and what it would mean for them."

In the end they agreed, he said, partly because "even if the dividends are being capped, they still own the business and the assets could grow in value".

Kenneally said he hoped other companies would follow suit, but conceded that it would be "much harder to get listed companies with hundreds of shareholders to cap dividends" compared with a family-owned company such as Cordant.

The company is still devising the exact parameters of how the model will work.

Nick Temple, deputy chief executive of network organisation, Social Enterprise UK, says the organisation had "long advocated that all businesses, whilst not necessarily becoming social enterprises, ought to be more socially enterprising in the way that they operate. With public trust in big business at a low and economic and regional inequalities becoming more and more apparent  businesses do need to look at how they can contribute to building a more inclusive economy".

Temple added that while Cordant may be "ahead of the pack" shifts were also being seen in how the FM sector goes about creating social value.

While Cordant's businesses will operate as normal, it says these changes will enable it to reinvest profits into key initiatives, including:

A teacher programme being developed by international education expert Richard Gerver to examine the link between the classroom and life/work preparation.

IT platforms offered at zero cost for the healthcare sector, enabling hospital trusts to offer shifts directly to doctors and nurses, saving the National Health Service millions of pounds.

Partnerships with key clients focusing on upskilling and training for the temporary workforce to drive productivity but deliver deeper satisfaction.

The creation of a profit-share scheme for staff.

Continuing investment in technology to better connect pupils to apprenticeships, workers to jobs, and patients to doctors and carers.