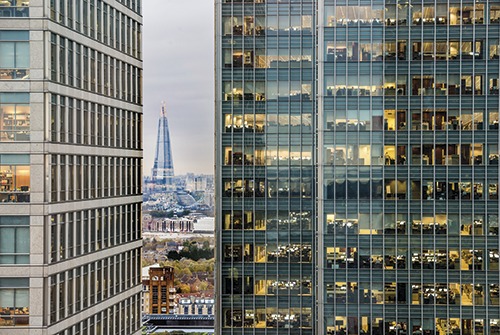 A report published last month by the British Council for Offices warns that London faces a potential loss of 13 million square feet of office stock from office-to-residential conversions carried out under permitted development rights.

This figure comprises of 7.5 million sq ft of London office space that has already been converted to homes since the introduction of the rights - and another 5.7 million sq ft of conversions in the capital have approval.

An average of 2 million sq ft a year has been converted each year since the rights came in - that's 0.7 per cent of London's total office stock.

The office development market has historically been able to outrun losses from conversion. Between 2001 and 2015, office stock in England has increased by an average of 7 million sq ft a year, while conversions to housing have averaged 2.6 million sq ft ayear.

The report, Permitted Development Rights: One Year on From Permanence, was commissioned by the BCO and carried out by property consultant CBRE.

It finds that although Bristol, Birmingham and Leeds have all seen high levels of notifications to local councils, London remains the city most affected, with 36 per cent of all notifications in the capital. Furthermore, a higher proportion of these have been converted compared with the rest of England - London's implementation rate is running at 57 per cent, compared with an estimated national average of 50 per cent.

Outer London boroughs have been the most affected. Croydon has seen the most significant loss of office space so far. Estimates indicate that more than 1.3 million sq ft has been converted over the past four years. Another 750,000 sq ft of developments granted approval have not yet been converted.

Hounslow and Sutton have also been significantly affected, with an estimated 529,500 sq ft and 492,625 sq ft of office stock lost to conversions to date.

Miles Gibson, CBRE's UK head of research, said: "The new permitted development rights have made a significant contribution to housing supply. However, following its introduction we have seen a decline in office stock in England for the first time in over 10 years. There is strong evidence to suggest that this decline is due to these rights, rather than economic or other regulatory factors.

"There are a couple of reasons why London in particular has seen significant take-up. Heavy use of the new rights in the capital may reflect the fact that certain London boroughs, such as Camden and Islington, have traditionally had strong policies protecting office floor space from conversion. In boroughs that have historically been protective, great losses are less surprising once protection is withdrawn.

"London is also where the housing crisis is most acutely felt. Supply shortages in its housing market make conversion of offices an attractive choice for landowners with the right stock, especially given CBRE's forecast that UK office capital values in 2017 will fall by -0.2 per cent, compared to a 2 per cent growth in house prices. It seems likely that we will continue to see a growth in conversions in London and the rest of the country."

Richard Kauntze, CEO of the British Council for Offices, added: "There is no denying that more housing is needed in many parts of the UK, and the conversion of some older buildings the are no longer suitable as offices is a sensible solution. However, once office space is lost to residential development, it is often lost for good.

"London boroughs such as Richmond upon Thames have already expressed concerns as has the Mayor of London.

"Local authorities must take a more active approach to reviewing and approving notifications from developers in order to protect the workplaces needed by local businesses."

A DCLG spokesman said: "The permitted development right to convert offices to residential properties is making a vital contribution to providing the homes ordinary working families need, with over 12,800 homes delivered in the year to March 2016".

According to the BCO and CBRE report Permitted Development Rights: One Year on From Permanence:

For the first time since the data begins in 2000, these office conversions have contributed to an overall decline in England's office stock, despite some additions from new office development.

In its previous report, the absence of data meant that they had to approach the likely conversions of office floor space using a rather elaborate methodology. Since then, DCLG has begun to publish annual (financial year) data on the number of homes arising from the new right. This makes it much simpler to make an estimate of office floor space conversions, and it found an annual loss of 10.4 million sq ft, assuming a dwelling size of 807 sq ft (75 square metres, matching the DCLG original assumption). The findings are not - and the policy implications are certainly not - very sensitive to different assumptions about dwelling size.

From June 2014 to September 2016, local authorities received 8,822 notifications. There is no data for June 2013 to June 2014. Of those notifications, 81 per cent were either granted or prior approval.