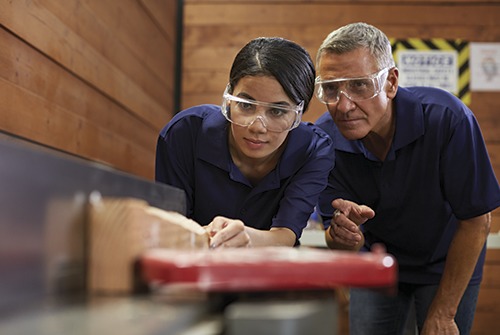 Six months in and the government's controversial Apprenticeship Levy scheme appears to be struggling to find favour with employers, as its half yearly report card carries a lacklustre set of results in terms of take-up or even awareness.

Launched in April by the Department for Education as part of "the biggest shake-up of skills for a generation", the scheme was designed to ensure that business either paid for or benefited from a significant increase in the number of apprenticeship schemes on offer in the UK. Requiring all companies with a payroll of £3 million or more to pay 0.5 per cent of it towards apprenticeship schemes, the levy was seen as a key pillar of the government's skills strategy.

But having been criticised from a number of directions before and at the time of its launch, it shows little sign of having had the desired impact. In research published in October, the British Chamber of Commerce raises multiple causes for concern about its rollout.

Surveying more than 1,400 businesses, its Workforce Survey 2017, conducted in partnership with Middlesex University London, finds that of those paying the levy, almost a quarter (23 per cent) either have no understanding of the levy or don't know how they will respond to it. Meanwhile, of those that do understand it, just over a third expect that they will recover the costs incurred through training enough apprentices, while 41 per cent expect to recover just some of the cost and 15 per cent expect to recover nothing from it. Arguably most concerning of all though, was that 86 per cent of levy payers report increased costs as a result of the levy.

The study cites similarly pessimistic indications for smaller firms who, though not required to pay the levy, can still apply for government support in providing apprenticeships. Here, an even lower level of awareness is indicated - two-thirds of respondents reporting no understanding or no plan on how to respond.

Speaking to FM World, Jane Gratton, head of business environment and skills at the British Chambers of Commerce, said the study findings are "worrying".

Pointing out that part of the problem may be down to the pace at which businesses move, she said: "As a general rule, it takes time for businesses to understand what new rules are and how they apply. It can take a couple of years or up to five years for them to really get these things embedded in the workplace."

Therefore, she highlighted the need for government to offer greater levels of support and guidance to the business community in implementing the scheme.

But she also pointed to a more fundamental flaw in the policy that may have seen those who are aware of it shun its supposed benefits.

"One of the biggest problems businesses are facing with the levy is its inflexibility. What businesses are saying is that while they may have been investing in specific worker-related training, the levy has dissipated those funds so it's now much more difficult to find the funds to continue those other training initiatives."

Lizzie Crowley, of the Chartered Institute of Personnel and Development (CIPD) also saw this as a flaw and pointed out that polling the body carried out before the levy was even operational found that 18 per cent of businesses surveyed who had assessed the scheme had planned to just write the fee off as a tax, having calculated that the benefits were not sufficient to merit the investment in running the apprenticeship programmes.

"Those businesses had clearly calculated the costs it would bring to their business and decided it wasn't worth pursuing," she told FM World.

Moveover, Crowley suggested that of those who had signed up to the scheme and sought to retrieve their funds through apprenticeships, there were significant instances of 'rebadging' occurring.

"Essentially, you might have apprenticeship programmes but also employers quite rationally looking at ways to recoup their investment by rebadging existing training programmes as apprenticeships, and that's a real concern, particularly as the aim of the policy is to try and raise the amount of training being undertaken rather than just change CPD into apprenticeships." She added: "Unfortunately, early indications suggest that is happening significantly."

A further potential barrier to interest and adoption of the scheme is that while there is broad support in principle at the government's intention of raising the quality of apprenticeships, there is not yet a sufficient range of standards covering the different job roles and sectors, in order to enable large-scale adoption of the scheme.

This is a point that Fraser Talbot, head of professional development at the BIFM, has seen as a major factor. "As a sector, we have had enormous challenges with government in getting through the standards and associated assessment plans. Government needs to find a way to expedite the development of the standards that employers really need."

While teething problems are as common to the early days of government policies as grand pronouncements are to their unveiling, there are clear signs that with the levy, more work is needed if it is to achieve the desired purpose.