Mental health: are we making headway? 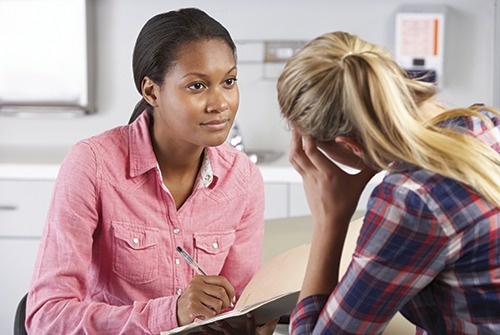 Are we making headway on mental health in the workplace? Herpreet Kaur Grewal reports

A recent survey by Business in the Community (BitC) revealed that 15 per cent of employees face dismissal, disciplinary action or demotion after disclosing a mental health issue at work. The Mental Health at Work report examined the findings of a YouGov survey of more than 3,000 people.

The figures are almost twice the number identified in BitC's first survey of the issue published in 2016.

Although the latest report shows there have been some incremental improvements, there are still some findings from the 2017 survey that are "highly disturbing", say the researchers.

Scaled up to the general working population, this could mean as many as 1.2 million people are negatively affected for speaking out about their mental health - a truly appalling figure, states the report.

As FM World went to press the government published Thriving at Work, setting out what employers can do "to better support all employees, including those with mental health problems to remain in and thrive through work".

The review, by Mind chief executive Paul Farmer and the cross-bench peer Lord Stevenson, was commissioned by Prime Minister Theresa May in January to examine how employers could better support staff with mental ill health. The report can be found at: tinyurl.com/FMW1117-thriving

It says poor mental health costs employers between £33 billion and £42 billion a year, with an annual cost to the UK economy of between £74 billion and £99 billion.

The review quantifies how investing in supporting mental health at work is good for business and productivity. The most important recommendation is that all employers, regardless of size or industry, should adopt six 'mental health core standards' that lay basic foundations for an approach to workplace mental health. It also details how large employers and the public sector can develop these standards further through a set of 'mental health enhanced standards'. The review also makes recommendations to government and other bodies.

Louise Aston, Business in the Community's well-being director, said 2017 had seen "an unacceptable rise in the number of employees facing negative consequences from disclosing mental health issues including disciplinary action, demotion and dismissal, a rise of over 60 per cent on 2016".

"This is down to a lack consensus and guidance of what 'good' looks like for managing certain mental health conditions as well as a lack of training for managers and inappropriate performance management systems.

"Making reasonable adjustments for employees with mental health issues should be treated on a parity with physical health. Employers should be able to support employees to stay in work, when appropriate, and make adjustments including support with workload, revised working hours, allowing absence for treatment or opportunities to work from home, depending on the individual's needs."

She added that she was concerned the about "the way younger employees are being left behind. They consistently tell us that they are afraid to speak about mental health at work and lack the confidence to discuss it with their line manager".

Aston said the good news was that "more people feel comfortable talking about mental health at work, more line managers recognise that employee mental health and well-being forms part of their responsibilities, and more employees believe their organisation cares about their well-being".

"But we need to make sure that this increased understanding is now turned into effective action," she said. "Achieving this ambition will require a collective effort by employers to end discrimination and deliver the best support."

Support service companies like ISS and Compass appear to be heading in the right direction. Both launched campaigns in October to coincide with Mental Health Awareness week to raise awareness in the workplace.

Chris Garside, managing director at Compass Group UK & Ireland, said: "Experiencing mental health problems is something that any one of us can go through at any point and as a business with around 60,000 employees it is essential that we provide the support needed by our colleagues in the workplace. We hope the work we are doing will go a long way in encouraging and promoting positive mental health."

ISS created a mental health campaign this month "to raise awareness of the importance of mental health in the workplace and to promote supporting each other as colleagues and friends".

Part of the campaign involved ISS encouraging employees to share photos of something that is important to them, such as a special place, a hobby or a pet, to show what makes them happy.

ISS began to engage with Mental Health First Aid (MHFA) nearly two years ago, with speeches at conferences and a pilot two-day course run in February 2016. Since then, the company says it has trained hundreds of people in either the full MHFA course or a half-day stress management course.

The course involves providing "a firm base for being a first responder, identifying signs of mental health problems, signposting people to someone who can help and how to look after your own mental health".

Stephanie Hamilton, ISS director of people and culture UK and Ireland, said: "Simply being able to understand, talk about and normalise these conditions is a huge step forward. I hope that World Mental Health Day and the activities that we have planned will encourage all of our employees to get involved - being open about mental health and ready to listen can really make a positive difference to someone's life."

FM provider Emcor UK launched a series of fundraising activities for its staff as part of its Mental Health Awareness week from 9-13 October in collaboration with mental health charity Mind, with whom it will work to raise awareness of mental health among its 4,000 employees.